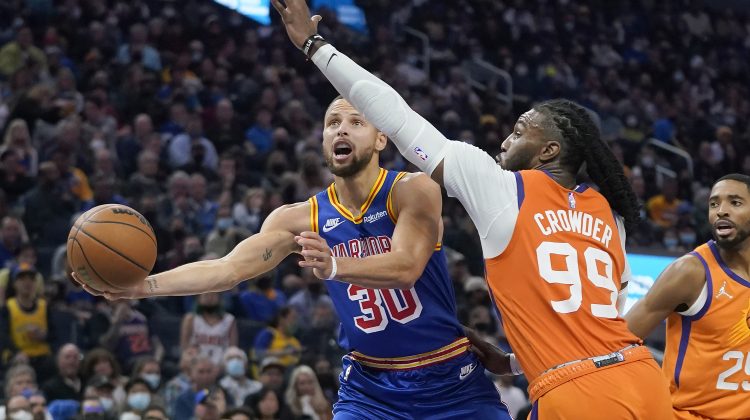 The franchise-record 18-game winning streak is over for the Phoenix Suns.

Playing without star guard Devin Booker on Friday night at Golden State, the Suns were bounced 118-96 by the Warriors. Chris Paul said after the game, “The winning streak was a lot of fun, It’s been a long time since we felt a loss. But hell, let’s start a new one.”

Golden State had a few highlight moments at the Suns expense.

Suns forward Mikal Bridges had to leave the game in the second quarter with what appeared to be a serious injury to his right pinkie finger.

The Suns are next in action on Monday night against San Antonio.

In reply toRod Duncan
@jayhawkerduncan @Sports360AZ @elijah13warner @MardaleRowe_ @layton_duncan We’ll get another one lined up soon! Congrats to your family. I’m looking forward to following this journey!
View on Twitter
0
1