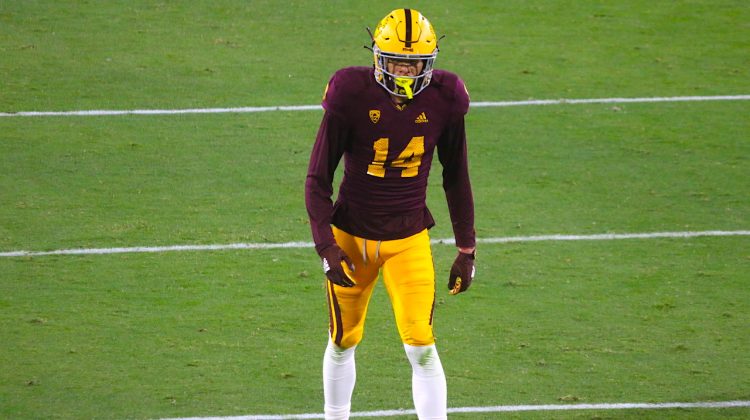 According to reports, ASU wide receiver Johnny Wilson has entered the transfer portal.

A highly-touted recruit in the class of 2020, the 6-foot-6, 225-pound wide receiver was a signing day flip from Oregon to Arizona State. Wide receivers coach Prentice Gill, who is currently on administrative leave due to recruiting violation allegations from the NCAA, recruited Wilson heavily and was hired by Herm Edwards days before Wilson decided to head to Tempe.

Arizona State WR Johnny Wilson has entered the NCAA Transfer Portal. The former four-star recruit has 18 catches for 243 yards and one TD in his two years with the Sun Devils.https://t.co/BJr7pO688p

A four-star recruit out of Calabasas, Wilson battled injuries over the past two years and totaled 18 catches for 243 yards and a touchdown  with the Sun Devils.

In addition to Wilson, running back DeaMonte Trayanum, linebacker Jordan Banks and cornerback Tommi Hill – all four-star recruits out of high school – had previously put their names in the portal. Head coach Herm Edwards had also said there is a possibility Trayanum could return to Tempe.