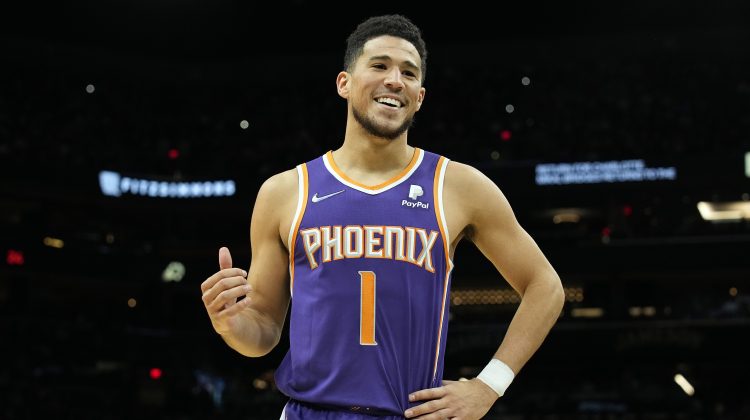 Devin Booker is a walking bucket.

The 25-year-old guard is the seventh fastest player in NBA history to surpass 10,000 career points (435 games). He did it with a mid range jumper against the Oklahoma City Thunder in the first quarter.

Booker was the 13th overall pick by the Suns in the 2015 draft. Since then he’s become one of the best players in the game. He’s made back to back All-Star appearances (as a late addition, which shouldn’t be the case this year). On March 24, 2017 he dropped 70 points against the Boston Celtics. The Finals run displayed his talents on a national stage and now people are hopping on his bandwagon. He continues to keep his head down and work.

The broadcast crew noted that Booker could’ve reached this marker sooner, if the Suns were still a cellar-dweller. However, this team is built to win, and he’s become a better player despite taking less shots. All parties involved will take that deal any day of the week.