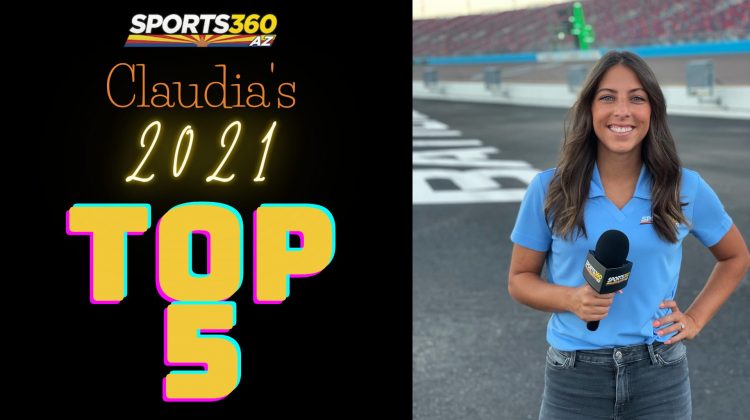 As 2021 comes to a close, I’ve been reminiscing on all the incredible stories myself and my teammates have told over the last year. I joined the Sports360AZ team in February of 2021 after spending a year working as a sports reporter and anchor for a television station in Amarillo, Texas. From the moment I returned to the Valley of the Sun, my passion for sharing sports stories grew and I was able to explore the stories that I wanted to tell, with no limitations.

It’s a family at Sports360AZ. A family that I feel lucky every single day that I get to be a part of. Since joining the team I’ve introduced new segments and shows, covered high school football state championships, produced my first documentary, climbed a LOT of mountains, and built incredible friendships with my teammates.

Since I was reflecting on 2021 I decided to share the Top 5 favorite stories I’ve been fortunate enough to work on and chose 5 stories that my teammates produced that I think everyone should watch again!

I’m not going to lie, it was hard to choose just five for each category. I tend to feel an attachment to every story, segment or show I take part in. It was even harder to just choose five of my teammates because they are so talented. Anyways, let’s begin with five stories that I am excited to share again!

5. On The Rocks – Picacho Peak

Honestly, I’m still in disbelief that I get to hike for “work.” They say if you do what you love you never have to work a day in your life. That couldn’t be more true today. On one of my first phone calls with Brad Cesmat, he asked me if I had any new ideas, or if there was anything I would want to try to introduce if I was going to join the team. I was hesitant to tell him that I had always wanted to do a hiking segment because that wouldn’t have gone over well in my last job. But when I told Brad, he was all over it! A few months later I moved back to Arizona and “On The Rocks” was born!

On The Rocks has changed a bit since March of 2021 but the concept has stayed the same – hike mountains with my dog and husband. Yep, you read that right! I get to hike with my sweet puppy Mia and my husband…and call it work. The highlight of my week is always summiting a mountain with my favorite crew.

Now, about Picacho Peak. WOW! There’s truly nothing like it. This hike is such a blast but is also very challenging. This edition of On The Rocks was really fun to create because I was able to highlight one of my favorite hikes and show off all of the things that makes hiking Picacho Peak different from most other trails.

If you’re looking for a challenge, head out to Picacho Peak!

AZ Audibles is always a blast to be a part of! I am lucky to work with two high school football experts, Eric Sorenson and Zach Alvira. Those guys are AZ high school football encyclopedias. I learn so much from them every time we get a chance to talk. Hosting this segment on Monday mornings always starts my week off strong. Sometimes silly things happen or things go wrong. It’s not uncommon for my cat to make an appearance on camera, or for my dog to start barking right in the middle of the segment (WFH problems, am I right?). One time Zach lost power right when we finished a segment and his screen was frozen for two minutes before we realized what happened.

Anyways, this particular episode was a lot of fun to host. As always, Zach and Eric were delivering the knowledge but we also got to recap two of the biggest games of the 2021 season. Oh, and there was a guest appearance from Jordan Spurgeon too!

If you want to relive the Battle for Arizona Ave. and the Tukee Bowl, this is the episode for you!

Speaking of Jordan Spurgeon…we make a great team! Just ahead of the 2021 high school football season, Spurge and I introduced “Bleacher Talk” to Sports360AZ. Bleacher Talk went from an idea to a full-blown show in a matter of days. If I could describe this show in one word, it would be FUN.

Our vision for this show was exactly the same and without tooting our horn too much, I think we did a pretty decent job making it come to life. In our first segment, we always have our good friend Bruce Cooper join us for “Quick Picks.” In the first segment with Bruce, we choose a winner from three matches and explain our picks. Yes, we keep score. No, I did not win this season. Ha!

This episode in particular was a little different because it was LIVE. Spurge and I plan to do a lot more live shows in the future with Coop too of course!

2. On the Rocks – Kayaking On The Salt River

Here it is again! This edition of On The Rocks was definitely my favorite. I have kayaked the Salt River with the Saguaro Lake Guest Ranch about eight times and it never gets old. This part of the Tonto National Forest is truly my favorite place in the entire world. The natural beauty is nearly unmatched, I’ve never not seen wild horses while kayaking, and it’s the most peaceful workout you could ever do.

I love the Saguaro Lake Guest Ranch so much that I actually got married there on Oct. 16!

I’m going to do my best to keep this short but it’ll be difficult. I have never been more proud of anything I’ve worked on before in my life. I, Jordan Spurgeon, and Devon Henry worked as a team to tell Zach’s story and I believe I speak for all of us when I say that the experience is one we will never forget.

Brad Cesmat called me just a month or two after I began working for Sports360AZ and asked me if I would be interested in working on a documentary, I said yes immediately. However, I didn’t know how much of an impact working on this documentary would make on me when I agreed to start shooting.

Spurge, Devon, and I dove headfirst into this project after attending a celebration of life event for Zach at CCV in Peoria. After hearing so many of his friends, family, and former Stanford teammates speak so highly of Zach, we knew we needed to do his story justice. The Hoffpauir family was extremely open with us throughout the entire process.

If you don’t know Zach’s story, this 21-minute documentary is just a glimpse into his life, athletics, struggle with depression and pressure, CTE, and how his memory lives on through so many of his loved ones.

Now it’s time for me to brag about my teammates! I’ve admired every single person who works at Sports360AZ since before I even became a part of it all.

I can’t take much credit here…Spurge did a great job putting this Saguaro victory video together following their Open Division win! Spurge and I chatted with players immediately following the big win. If you want to re-live the Open Division State Championship, click play!

The Valley of the Sun Chapter of the National Football Foundation gave the Sports360AZ the honor of introducing their award winners again this year. This show is a total team effort, we involved so many of the state’s best reporters to highlight so many of the state’s most talented athletes. Watch the full show to see who won, Player of the Year, Coach of the Year, and so much more.

I <3 Coops Chronicles! Bruce Cooper introduced a new segment to Sports360AZ and released Coop’s Chronicles every week. Let me tell you, I looked forward to watching a new episode every Friday. For me, this one takes the cake!

1. Zaven Collins: A Good Guy From The Middle Of Nowhere

Jordan Hamm absolutely crushed this documentary on Zaven Collins. He traveled to his home town, talked with family members, teachers, coaches, and more so fans could get to know the Cardinals No. 1 draft pick. If you haven’t watched this doc, you’re missing out! 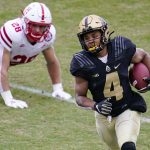