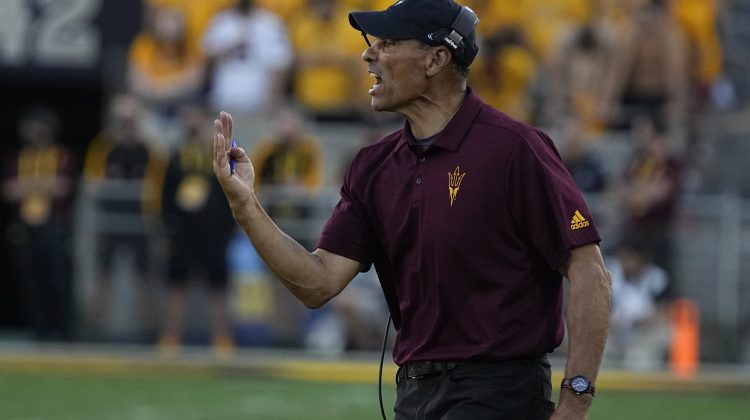 Two years later and the pandemic is as relevant as ever.

“We had the mindset of making sure we protected ourselves and those around us so that we could get to this day.”

While Sun Devil Football and head coach Herm Edwards are thankful they’ve gotten this close to participating in the Las Vegas Bowl, they’re holding their collective breath until the game officially kicks off.

Their vigilance is understandable.

“Everyone went through this last year and this season, so I hate to say that we were a little bit prepared for it,” Edwards said.

If the game proceeds as scheduled, Arizona State will take on Wisconsin at Allegiant Stadium on Thursday night.

Among all the changes in sports due to COVID-19 over the past few weeks, bowl season has been hit hard.

Five bowl games have been canceled, including the Arizona Bowl.

Boise State had to pull out of their matchup with Central Michigan after a COVID-19 outbreak within the Bronco football program.

The Sun Bowl was close to suffering the same fate.

Miami was supposed to play Washington State until COVID-19 impacted the Canes’ program as well.

Since Central Michigan was already in Tucson for the Arizona Bowl, they decided to make the four hour drive to El Paso.

The Cougars plan to face the Chippewas on Friday morning.