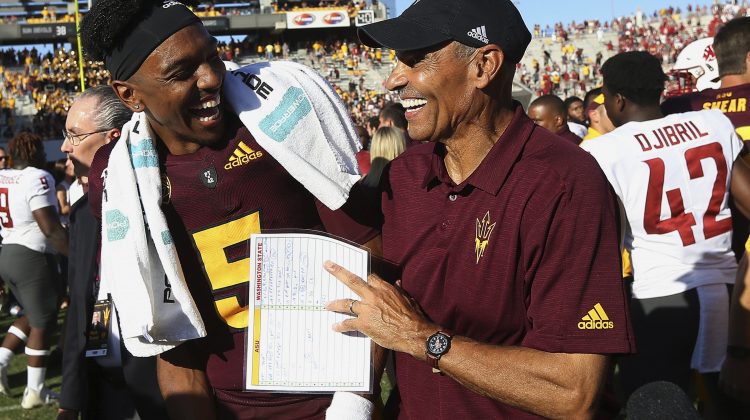 The Sun Devils are headed back to Sin City.

Arizona State will play in the Las Vegas Bowl on December 30 at Allegiant Stadium against the Wisconsin Badgers.

That matchup occurred one day after Jayden Daniels announced his commitment to the Sun Devils.

Arizona State stands at 8-4 and finished third in the Pac-12. The Devils will be without star running back Rachaad White, who will be preparing for the upcoming NFL Draft.

White rushed for 1,030 yards and 15 touchdowns in 11 games played. He also had 43 receptions for 456 yards and an additional score.