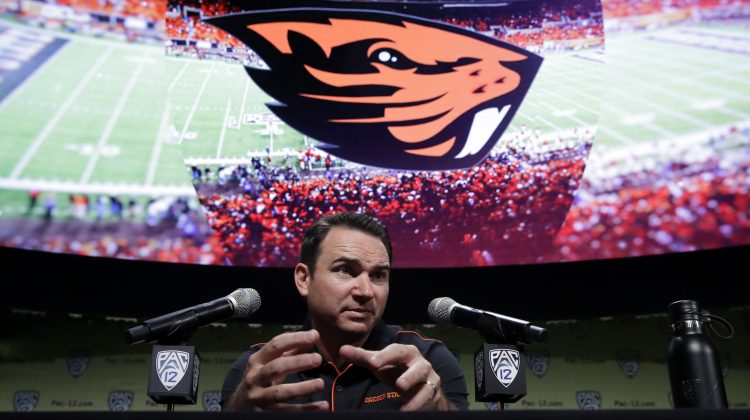 The Jimmy Lake era, which spanned 713 days, one pandemic, a division title, an on-field incident, an infinite number of three-and-outs, a suspension and so many baffling decisions, is over.

At some point in the next six weeks, Washington will hire the 30th head coach in program history.

Let’s dig into various aspects of the process and examine a list of names that make sense for UW to pursue.

In truth, Cohen had little choice. At the time, Lake was extremely popular internally and highly coveted externally as either a defensive coordinator or up-and-coming head coach. He had reportedly turned down overtures from numerous schools, including Alabama. He churned out NFL-caliber defensive backs like nobody else, and he owned Washington State.

Had the Huskies brushed Lake aside and conducted a national search, the repercussions inside the locker room, on campus and in Seattle would have been thunderous, particularly — and justifiably — within the Black community.

Nonetheless, Cohen must “own” that hire (her word). She’s the boss, and the boss takes the heat.

Cohen also hired basketball coach Mike Hopkins, whose program is in free fall. Given the twin swoons from UW’s moneymakers, Cohen is under significant pressure to get this hire right.

Universities often feel compelled to identify football and basketball coaches who “win the press conference” and are instantly acceptable to fans and media. The hot names, in other words. Cohen cannot worry about that.

“If I’m Jen, damn the press conference,” an industry source told the Hotline. “I have to hire the best coach I can find.”

Washington is an elite job nationally, with the resources, donor support, facilities, recruiting base and tradition to compete for Pac-12 championships and College Football Playoff berths.

But Washington is not USC or LSU, and both schools are in the market for a head coach. It’s also not Florida, which could have a vacancy by early December. So the Huskies must be smart about their targets.

They don’t want to get played by agents driving up the price.

They don’t want to spend vital time pursuing coaches with no real interest in the job.

And they sure don’t want to get baited by a search firm into hiring a coach who doesn’t fit.

(UW is expected to retain a search firm to help with the process, but the “scope” of its involvement has not been determined, Cohen said.)

Cohen plans to lean on a small group of advisors. We assume Chris Petersen will be atop that list. Jeff Tedford, the former Cal and Fresno State coach who worked on UW’s staff in 2016, could be involved, as well. Those are darn good places to start — two of the best West Coast football minds of the past quarter-century.

The Lake hire two years ago was about continuity. This search is about a fresh start. It’s about setting the course for playing style and recruiting philosophy.

Do the Huskies want to become an Air Raid team? Do they want a coach who, like Oregon’s Mario Cristobal, recruits with an SEC-style fervor? To what extent should they rely on the transfer portal for roster building? Would they prefer someone with strong ties to the Pacific Northwest? Are they interested in a current NFL assistant or coordinator?

These are all pieces to the puzzle the Huskies must work through as they identify a candidate pool.

The outcome of the search will set the course for Husky football over the next three to five years. It could impact Cohen’s future at the school. And it’s momentous for the Pac-12, as well — not as important as the USC hire, perhaps, but close.

Combine playoff expansion, scheduling matchups with the Big Ten and ACC (via their alliance), the next round of Pac-12 media rights negotiations, the evolving economic opportunities for players and, potentially, another wave of conference realignment, and this three-to-five-year stretch presents an unprecedented opportunity for the schools and the conference writ large.

Put another way: Two of the three top football brands in the Pac-12 have vacancies at the same time, and it’s a time unlike any other in the history of the sport.

Both schools must get it right.

This is a colossal month for the conference …

The following list of potential UW candidates is purely speculative and features no coordinators or assistants, only sitting head coaches.

With a first-timer comes added risk, and the Huskies aren’t in position to take a shred of added risk.

Dave Aranda: The Baylor head coach and architect of LSU’s defense during the 2019 national championship run will be one of the most coveted coaches on the market — to the point that he could draw serious interest from Florida, LSU or USC. The Huskies would have to take care to avoid being played, but Aranda, who just beat Oklahoma, is too good to ignore. He’s from Southern California and has a thoughtful personality — not unlike Petersen — that Cohen might find appealing. (Aranda and Petersen coached against each other in the Mountain West.) Given Aranda’s mastery of defense, UW’s messaging to constituents would be clear: It’s 1991 all over again on that side of scrimmage. And if he brought offensive coordinator Jeff Grimes with him, all the better for UW.

Billy Napier: We’re not convinced the highly-successful Louisiana Ragin’ Cajuns coach is ready to leave his current post, or that he would turn down an offer from LSU (if it materialized). What’s more, industry sources believe the job Napier covets is Arizona State. (He spent one season in Tempe as the offensive coordinator under former coach Todd Graham.) The Sun Devils don’t currently have a vacancy, but that could change quickly if Herm Edwards retires or is forced to resign. Finally, we have no idea whether Napier would have interest in moving to the Pacific Northwest. In fact, he probably doesn’t. But UW should find out.

Kalani Sitake: Sitake’s work early in his six-year tenure at Brigham Young wasn’t impressive, but the quality of his product the past two seasons speaks for itself. The Cougars are 4-0 this fall against the Pac-12 with a rookie quarterback, they’re physical at the line of scrimmage, and they play their tails off for Sitake. The BYU alum spent seven seasons at Utah under Kyle Whittingham. His strong recruiting ties to the Polynesian communities throughout the West and the Pacific Islands would allow the Huskies to rebuild their lines of scrimmage, which have weakened in recent years. According to industry sources, Sitake should be considered a betting favorite.

Jonathan Smith: We have no idea if Smith would leave his alma mater, Oregon State, after just four seasons, but Washington would be remiss if it didn’t make a back-channel inquiry. No introductions would be necessary given that Smith was UW’s offensive coordinator during the 2016 playoff run. (The offense hasn’t been the same since his departure.) Smith’s temperament and coaching style are a match for Washington’s culture and recruiting base. His evaluation skills are superb, and he beat Oregon last season with one-third the talent. One potential snag: Could the Pasadena native be holding out for a gig closer to home?

Justin Wilcox: Now in his fifth season at Cal, Wilcox has worked for Tedford (in Berkeley) and Petersen (in Boise) and for Wisconsin’s Paul Chryst, one of the most respected coaches in the game. He also ran Washington’s defense during the Steve Sarkisian era. He had Cal poised to ascend in the North when COVID hit — and it hit the Bears harder than any other program. Wilcox is a vastly better coach than his record indicates, and we presume both Petersen and Tedford would vouch for him. (Given his background on the defensive side, he would need a detailed plan for fixing UW’s offense.) Fans of the other Pac-12 teams have no idea how difficult it is to win consistently at Cal. And after his latest frustrations over COVID protocols, perhaps Wilcox would be ready to leave.