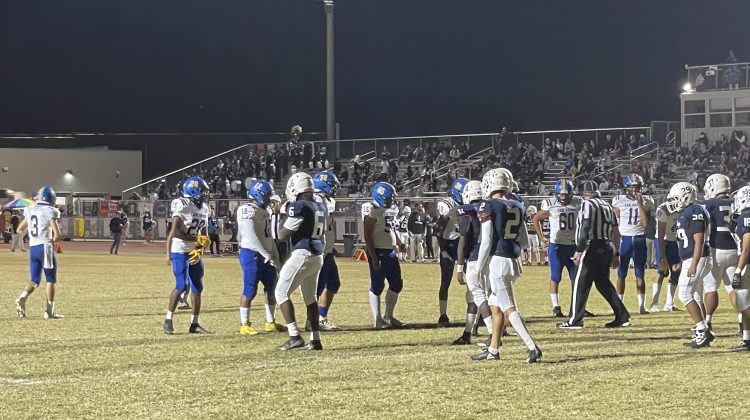 Carl Hayden Community High School has historically been known for robotics, but the Falcons’ football program may soon begin to steal the spotlight.

Despite a 33-14 sectional loss to Sierra Linda on Friday, Carl Hayden (5-4) is on the brink of its first winning season since 1996, and the future appears bright for the Falcons. Sophomore running back Kendre Pride and junior quarterback Jaime Zayas will both be back in 2022 to anchor a rushing attack that has amassed over 2000 yards and 40 touchdowns this season, and the Falcons boast a strong group of freshmen that should include a bevy of future starters.

Senior defensive end/tight end Jordan Talbert, who leads the team with 14.5 sacks, will not be back for another year, but he and Pride have garnered attention from several Division I universities and put Carl Hayden on the radar of recruiters in the process.  Talbert and Pride initially came to CHCHS to play basketball, but their decision to suit up for the Falcons’ football team has paid major dividends for both them and the school.

Regardless of whether or not Carl Hayden sneaks into the 4A Playoffs, the Falcons have done more than enough to put their program back on the map. The team has improved in each year of third-year head coach Steven Arenas’ tenure, and given his penchant for attracting talented athletes, the Falcons will certainly be a squad to keep an eye on in the future.