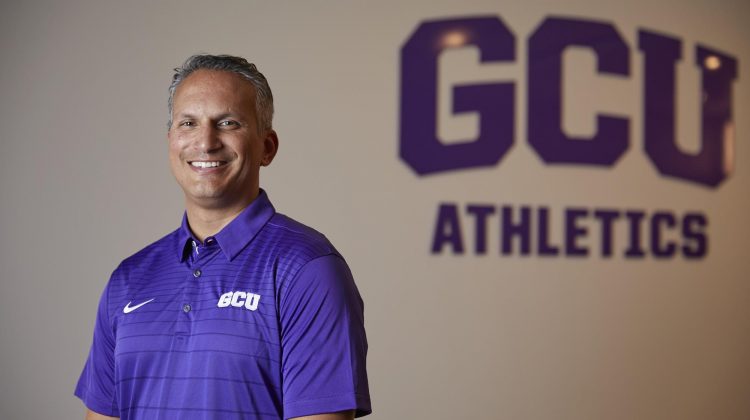 “This thing,” Paul Coro said rubbing his hand in-between the buttons of his blue dress shirt.

The “thing” the popular Valley media member and current Grand Canyon University writer/editor/analyst was referring to was his heart – which stopped beating for approximately 10 minutes last summer.

Initially, Coro, 51, had no idea the severity and stress his ticker was experiencing.

“I just had some shortness of breath and I had no idea it was my heart,” he recalled to Sports360AZ.com’s Brad Cesmat in a recent interview. “It turned out I needed double bypass [surgery].”

Coro, married with two daughters, was first advised by former azcentral colleague Kent Somers to see a specialist after Somers had triple bypass surgery back in early February.

Little did he know the complications which would arise from the four-to-six hour scheduled procedure at the John C. Lincoln Medical Center.

“My heart…couldn’t be revived,” Coro explained. “So Dr. [Robert] Riley, my surgeon, manually pumped my heart for that time until they could get the heart and lung machine hooked up. Amazing. A blessing to have to the timing, the people that were all involved to keep me alive.”

Coro said his wife, Michelle, “filled in most of the gaps” of his touch-and-go experience where, for all intents and purposes, he wasn’t alive. After the operation, he was asked several questions by the doctors who hadn’t determined if his stopped blood flow would have any sort of repercussions, such as brain damage. Thankfully, there were none.

Two weeks ago, I 🛶 on a Maine lake.
A week ago, I had double bypass surgery (always trying to be like @kentsomers). My🫀stopped for 10 minutes.
Today, I’m 🏡 after Dr. Robert Riley saved my life and @HonorHealth John C. Medical Center staff cared for me. Glory to God. ✝️ pic.twitter.com/6lVpwSsXt5

His return to every day life, including work at GCU, started to slowly get back on track in the summer when Michelle drove him to a off-season basketball practice. Despite not moving well at the time, Coro felt a sense of normalcy, and peace, being around his co-workers and the Lopes’ student-athletes.

“I walked in [the gym] and the reception felt great,” he said with a chuckle. “Dima Zdor, one of the players, came over and about crushed me. My rib cage had been cut open and it was healing and [GCU head coach] Bryce Drew was saying, ‘hey, hey, take it easy on him!’ It was really a great feeling.”

The Valley native said he bought a bracelet for Michelle with a pair of engravings: the date of his surgery, as well as the phrase, ‘We Get More Time.” He expressed confusion and almost guilt for surviving the incident after losing both his brother-in-law, and former colleague, ESPN reporter Pedro Gomez, in early February.

“I wrestle with those things sometimes,” he said. “But I’m going to make it meaningful.”

He has been proactive in encouraging others to take care of themselves and get diagnosed in hopes of avoiding the type of life-or-death situation he faced last summer.

Miraculously, his health is back on track.

“I feel great,” Coro reflected. “I know I’m blessed every day to walk this earth…here I am, five months later and pretty much living normally and working normally.”