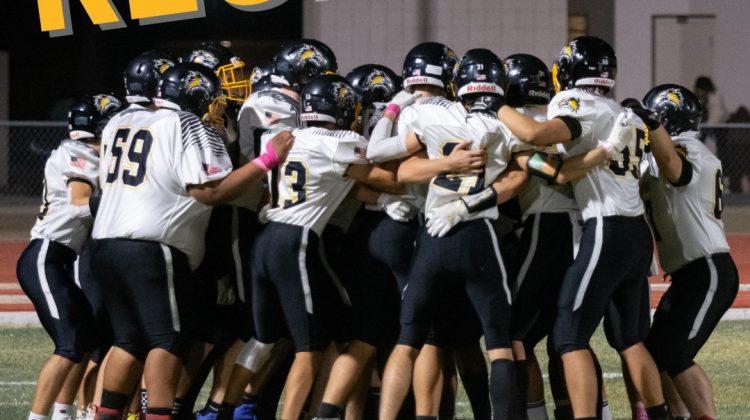 Riding an eight-game winning streak, the Arizona Lutheran Coyotes will enter the 2A championship ready to complete their strong season on a high note.
“Myself and the team are treating Saturday’s game as another opportunity to create memories and strengthen our relationships,” Arizona Lutheran head coach David Peter said. “We’re looking forward to the opportunity to compete against another high-quality program!”
Arizona Lutheran entered the playoffs as the number two seed in the 2A division. Getting to this point given the regular season was expected.
The Coyotes also boast a nearly positive 400 point differential. In 14 games, Arizona Lutheran allowed only 189 points, or just 13.5 points per game. This strong defense showed up in their 20-7 win in the semifinals over Benson.
“Our defense was the key to Saturday’s win,” Peter said. “We knew that we needed to contain Benson’s skill players and thankfully we were able to do that.”
Arizona Lutheran will play the Morenci Wildcats in the championship on Saturday. Morenci presents another high powered offense that will test the Arizona Lutheran defense.
“Morenci has amazing speed in the skill positions, quickness off the ball, and is a solid hitting and tackling team,” Peter said. “Our last 2 games have prepared us for what we will see on Saturday.”
The Coyotes can’t wait for Saturday and the opportunity to win a championship. It’ll be the last game for their seniors no matter the result, so emotions will be high.
“The players have been unselfish all season long and a win on Saturday would be icing on the cake to their season and the four years of work that the seniors have put in,” Peter said.
The 2A championship will kick off at 2:00 p.m. at Campo Verde High School on Saturday.
Share Tweet Share
2A high school football playoffsArizona Lutheran