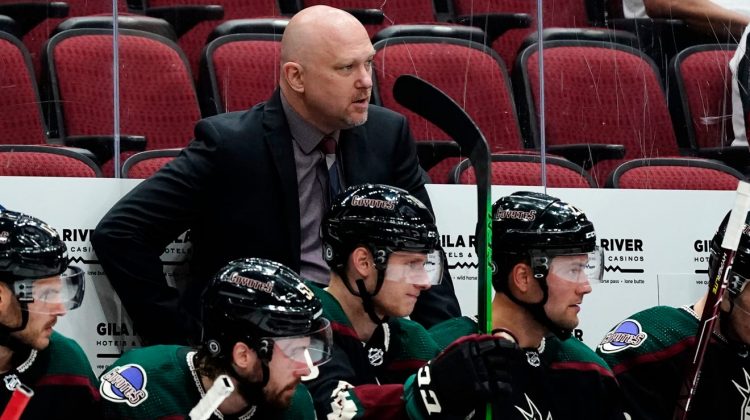 The NCAA and NHL hockey seasons are well underway, and Arizona’s lone representative in each league has soldiered through a less-than-ideal start. Different factors are in play in each situation, but the Arizona State Sun Devils and Arizona Coyotes are both facing potential playoff misses if they don’t right their respective ships.

In ASU’s case, blown leads and an inability to win games on the road have resulted in a 6-6 start. The team has looked brilliant at times, and boasts the number one power play in college hockey, which has contributed nearly half of the Sun Devils’ 44 goals on the season. Sophomore forward Matthew Kopperud has parlayed his spot on ASU’s first power play unit into the third-highest goal total and fourth-highest point count in the NCAA, with 11 of his 19 points coming courtesy of the man advantage.

As impressive as those numbers may be, they have failed to fully mask the team’s flaws. ASU has held and squandered a lead in every one of its six losses this season, the most stunning of which might have been a Nov. 12 matchup against fifth-ranked Quinnipiac in which the Sun Devils led 3-0 after the first period only to surrender five unanswered goals and lose in heartbreaking fashion.

Perhaps more concerning than the Sun Devils’ difficulty holding leads is their apparent inability to win away from the comfort of Oceanside Ice Arena. ASU is 1-5 in away games this season (0-5 in regulation) and has been outscored by a margin of 33-18.  The Sun Devils’ most recent road series, a sweep at the hands of Quinnipiac, dropped them back to .500 and erased the momentum they had built up in the two prior weeks. If ASU hopes to send its many seniors and graduate transfers off with an NCAA tournament bid, it will need to find a way to string together wins in enemy territory.

ASU’s start to the season can certainly be considered disappointing given its sky-high expectations, but the team has at least shown flashes of its true potential. The Sun Devils’ talent level has never been called into question, and as long as they can learn how to play with a lead and win some games on the road while still getting adequate goaltending and steady contributions from their power play, they have a decent chance of being one of the 16 teams selected for the tournament. Although 20 games may seem like ample time to turn things around, ASU currently finds itself unranked and facing a competitive second-half schedule. If the Sun Devils intend to go on a run, now is the time to do it.

On the opposite end of the spectrum, the Coyotes would have been ecstatic to hold a .500 record through their first 12 games. By dismantling the team’s aging core in the offseason and bringing in cheap replacements on one-year deals, General Manager Bill Armstrong and his associates made their intentions for this season abundantly clear – tank for draft position and give the prospects a shot at the big stage.

As a result of those offseason moves, most observers expected the Coyotes to compete for the league’s worst record, but even the most pessimistic of pundits may have underestimated how much they would struggle through their first dozen contests. Arizona went winless in 11 straight games to start the year and seemed to be destined for a historically awful season. The team was playing well enough, but simply could not muster a victory. It wasn’t until Nov. 4, when the team picked up goaltender Scott Wedgewood on waivers, that the Coyotes’ fortunes began to turn around.

Since acquiring Wedgewood, the Coyotes are 4-3-1 and have beaten two teams that currently sit in playoff spots in the Los Angeles Kings and St. Louis Blues. During that span, Wedgewood has stopped 94% of the shots he has faced despite seeing an average of 35 shots a game. His emergence has also allowed his partner, Karel Vejmelka, to get some much needed rest. Prior to the addition of Wedgewood, Vejmelka had started eight games in a fifteen-day span, and his performance was beginning to suffer, but the emergence of a viable battery mate has allowed him to regain his form.

Vejmelka and Wedgewood have been the driving force behind Arizona’s modest four-game point streak, but some other aspects of the Coyotes’ game have also begun to round into form. Their penalty kill, which was last in the NHL by a mile for the first month of the season, has been perfect in three of the last four games, and now sits at 30th in the league with potential to move up even further. The team’s much-maligned power play has also risen from the bottom of the league thanks to a strong performance against the Blues on Nov. 16, but still struggles to score goals against teams other than St. Louis and should be viewed with more skepticism.

Whether or not the Coyotes can keep up their unexpected run for long enough to get back into the crowded Western Conference playoff race remains to be seen, but the team has shown signs of serious progress after a deeply concerning start. Whether they fall back to earth or continue to climb up the standings, the Coyotes have proven that they can beat good teams over the past week, and that is at very least a good starting point.