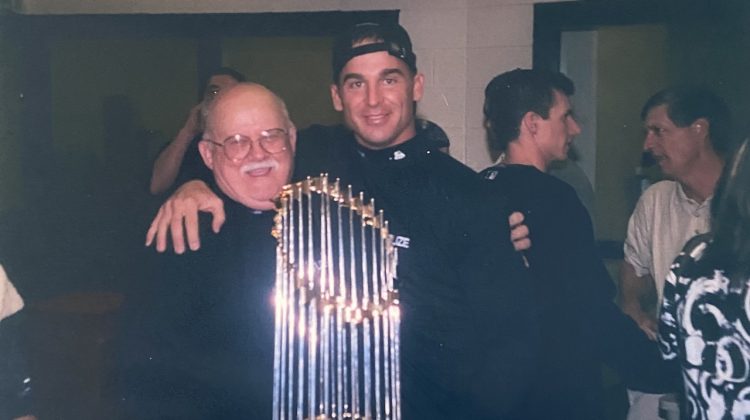 Concluding our series on the 20-year anniversary of the Diamondbacks’ 2001 World Series title, we are joined in an audio interview with former bullpen catcher Jeff Motuzas.

“Tuz” describes his process to know each pitchers’ routine like the back of his hand, what Randy Johnson asked him before his infamous Game 7 relief appearance and the impact of that World Series on the state.