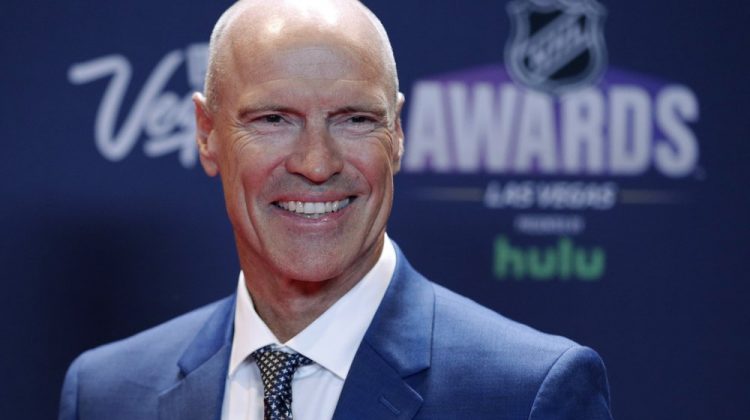 Hockey Hall-of-Famer and six-time Stanley Cup Champion Mark Messier sat down with Sports 360 AZ’s Evan Oscherwitz to discuss his new memoir, “No One Wins Alone”, which recounts his upbringing, playing career and valuable lessons in leadership and preparation that extend far beyond the scope of professional sports.

“No One Wins Alone”, co-written with sportscaster Jimmy Roberts, is Messier’s first venture into the world of writing. Messier, who also works as an NHL studio analyst for ESPN, says he had been planning to write a book for some time, but could not find a writer who could properly convey his message until he teamed up with Roberts.

“I had been asked to write a book for many years,” Messier said. “I just didn’t feel the timing was right for a number of reasons. I had collected many different notes over the years of experiences I had both as a player and in retirement, but it wasn’t until I met the great Jimmy Roberts that I felt comfortable with someone who could articulate my story and the way I wanted the book to be portrayed.

It goes without saying that some NHL teams, including the Coyotes, could learn a few things from Messier’s book. The topic of building winning cultures and what ingredients are needed to do so is an important aspect of Messier’s memoir, and he had a few words of advice for the Coyotes as they strive to rebuild their own team culture under Bill Armstrong and André Tourigny.

“A winning culture is obviously crucial to team success,” he said. “The players have to know that expectations are high, winning is what we’re here to do, but you also have to give them the tools and the roadmap of how to achieve those goals. That’s really important from the management to the coaching staff to everybody along the way. It’s one thing to talk about a winning culture, it’s one thing to talk about winning, but the players have to believe in it and they have to be inspired by that message.”

Messier also reflected on his experiences as a visiting player in Phoenix during the Coyotes’ early years, relating that he was taken aback by the amount of fan support the team had already managed to build up in its first seasons. He also provided an optimistic outlook on the future of hockey in the Grand Canyon State, saying that he believes in the Coyotes’ ability to find success once again despite years of mediocrity and an ugly start to the 2021-22 season.

“I knew hockey was going to be popuar in Phoenix,” he said. “I knew it was going to be successful. Of course, there’s been some transitional issues over the last few years, but ultimately, it will stabilize itself because the fanbase is there and the passion is there for hockey. I really look forward to seeing the team continue on its journey.”

“No One Wins Alone” is available now on Amazon, Google Play and in select stores.