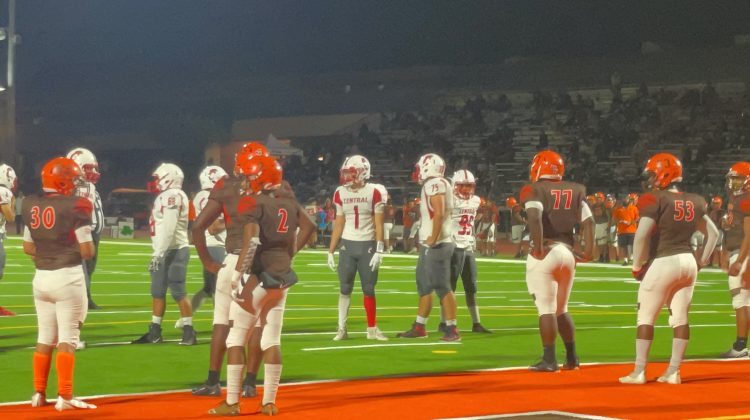 Win or lose, the Central Bobcats absolutely refuse to quit.

Head coach Chandler Hovik’s group may have suffered its first loss of the season Friday at Trevor G. Browne, but it still managed to show tremendous resolve in the face of adversity, something that has become second nature to Central.

Offseason tragedies, a cancelled game and truncated practice schedules failed to keep the Bobcats down, but Friday’s game brought yet another test. Junior quarterback Dominik Bagchi left the game during Central’s second offensive series and did not return, forcing backup Izaac Thiss into action.

Losing a starting quarterback can be a jarring blow for even the most stoic of teams, but the Bobcats did not appear the least bit rattled by Bagchi’s exit. In fact, they seemed to feed off of it, as Central rallied from a 12-point first quarter deficit to pull itself within two points of the lead.

“We could have laid down right there,” Hovik said. “We could have said ‘it’s not our night,’ but we continued to battle. I’m so proud of Izaac. He doesn’t get a lot of practice time at quarterback but when his number was called he came out and did everything he could.”

With Bagchi’s avaliability for next week’s game in jeopardy, it may be up to Thiss to hold things in place for the time being. Despite going in cold against Trevor G. Browne, he led three touchdown drives and made no serious mistakes. Central’s offense ought to be in good hands for their next game against Verrado, and Hovik says his players will be eager to embark on a new winning streak.