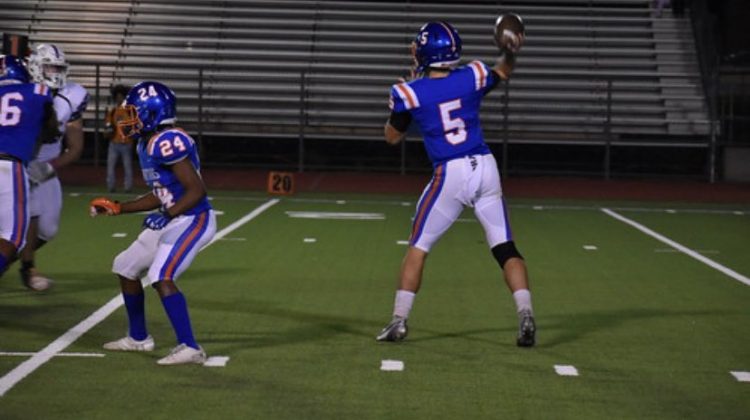 Making a quarterback change in the middle of the season is usually not a good sign, but when that quarterback is a sought-after transfer with the ability to break games wide open, the choice is an easy one.

In the two weeks since he became eligible to play, Camelback quarterback Max Martin has transformed the Spartans offense into a juggernaut. Camelback scored over 50 points in both matchups, a 53-44 win over North Canyon and a 51-14 victory on the road against Maryvale, and the Spartans appear to be hitting their stride just in time for their most important stretch of games.

“It’s been an easy transition to be honest with you,” Camelback head coach Brandon McNutt said. “We usually control the clock with the run and we would use play action with Joe Martinez but now we’re opening up with the pass.”

Martinez began the season as Camelback’s quarterback, and went 3-2 as the starter while the team waited for Martin to take over. Martinez has since moved to receiver, and has fit in nicely in that role.

“Joe has been nothing but supportive,” Martin said. “He knew what job he had to do his first five games – get the team where they needed to be – and he did an amazing job with that.”

As impressive as the Spartans have looked since Martin stepped in, their mettle will be tested in the coming weeks. Camelback plays 5A Metro co-leaders Central next Saturday and concludes its regular season schedule against Apollo on Nov. 12. Both of those games are sure to have major playoff implications, and the Spartans will need Martin to continue his string of solid performances if they hope to finish the year as section champions.