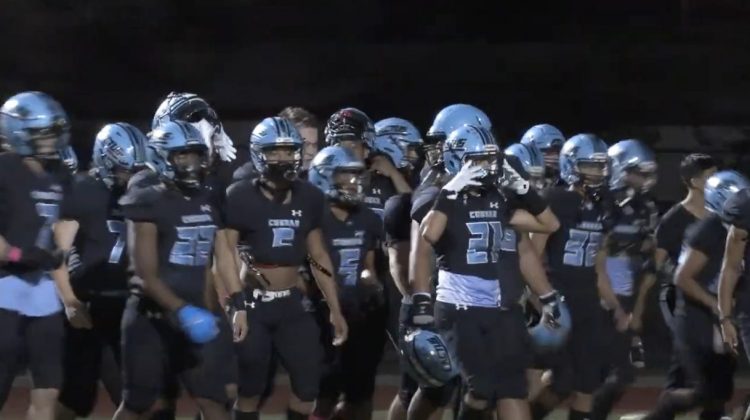 The Cobras of Cactus High School have managed to dismantle every single one of their challengers so far, all while trying to deal with the emotions of losing a teammate to a life-altering injury. Sophomore linebacker Jacob Duran suffered a brain bleed during the JV Cobras’ game against Sunrise Mountain on Sep. 23, and the team has played with their hearts on their sleeves ever since, outscoring their opposition by a combined 99 points in the three games since Duran’s injury.

“I don’t think there’s any motivation to it,” Cactus head coach Joe Ortiz said. “We genuinely care about him but we also have a job to do on the football field. Just bringing [his] jersey out and… just thinking about him and caring about him. We’re trying to show out for him every Friday night.”

So far, so good on that end. Cactus handily beat 5A Desert Edge Friday night, and only plays one game against a team with a winning record for the rest of the regular season. There’s no telling how long the Cobras’ impressive run might last, but their combination of heart, purpose and talent make them a team to fear as the season pushes forward, and Jacob Duran will be in their thoughts for as long as they are still playing.

You can donate to Jacob’s MealTrain here