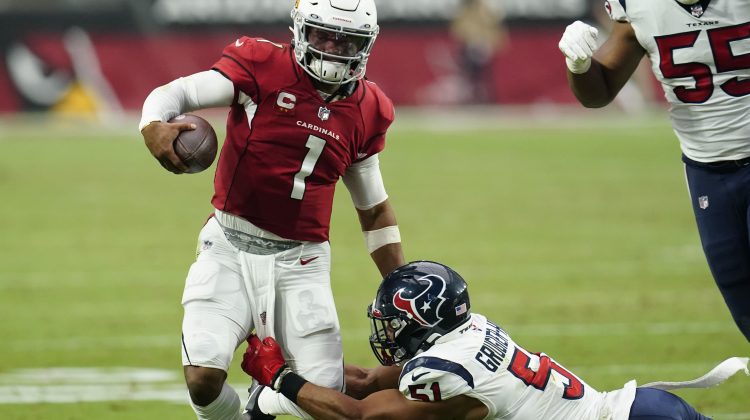 Tonight the Arizona Cardinals (7-0) are hosting the Green Bay Packers (6-1) in Primetime. The roof is open too, so it’s a must-see game.

This year, betting on the Cardinals has been safe so far. Thursday night games are always difficult to predict, but here are the betting lines on DraftKings.

Both teams are missing key performers. The Packers are without wide receivers Davante Adams and Allen Lazard, who are both in COVID-19 quarantine protocol and didn’t travel to Glendale. ESPN’s Adam Schefter reported late last night that JJ Watt will miss the remainder of the season after undergoing shoulder surgery.

Cardinals’ DE J.J. Watt will undergo what is now likely to be season-ending shoulder surgery, sources tell ESPN. No date set yet for surgery.

Watt hurt his shoulder in the second quarter Sunday and still managed to play the rest of the game with the injury. pic.twitter.com/Y2pzFV8sFQ

The short week doesn’t help either team. However, the Cardinals are 6-1 against the spread this year. Defensively they only allow 16.3 points per game, which is tied for the league best. The Packers offense is struggling at times this year, only surpassing 30 points twice.

Kyler Murray is playing like an MVP with over 2,000 passing yards, 17 touchdowns, five interceptions, and a league-best 73.5 completion percentage.

On paper, this game looks like a shootout. Murray vs. Aaron Rodgers is the selling point. The Cardinals average 32 points per game. Rodgers always seems to show up in Primetime matchups. The makings are there for a high scoring performance.

The difference could be Arizona’s top-ranked 3rd and 4th down defense.

This is based on who will win the game. So far, all seven favorites won on Thursday Night Football. The Cardinals have a chance to go 8-0 for the first time in franchise history.

As Kliff Kingsbury said on Monday, he believes that the Packers are still tough to beat without Adams on the field. He’s right too. Since 2019, the Packers are 6-0 without the All-Pro pass catcher.

Don't doubt 1️⃣2️⃣ even if his WR1 is out pic.twitter.com/SQ9atRQo8a

If the Cardinals have really turned the page and are Super Bowl contenders, then they should win this game outright. They have the stronger defense, better recievers, and a quarterback playing his best football.

Here are some of the better prop bets for tonight’s showcase.

As noted earlier, Watt is out for Arizona. Chandler Jones and Zach Allen are returning from the COVID list tonight. Jones reportedly lost 15 pounds during quarantine and is focused on regaining strength. The Packers pass rush is formidable this year, and could give Murray some trouble.

Despite all of that, the under could be a better bet.

Believe it or not, Murray is only rushing for 18 yards per game. He’s dynamic with his legs, but it’s his arm that’s stealing the show in 2021.

The 3rd-year quarterbackj hasn’t surpassded the 300 yard mark since Week 3 against Jacksonville. However, it can be argued that he hasn’t needed to reach that mark because the Cardinals are winning games by comfortable margins.