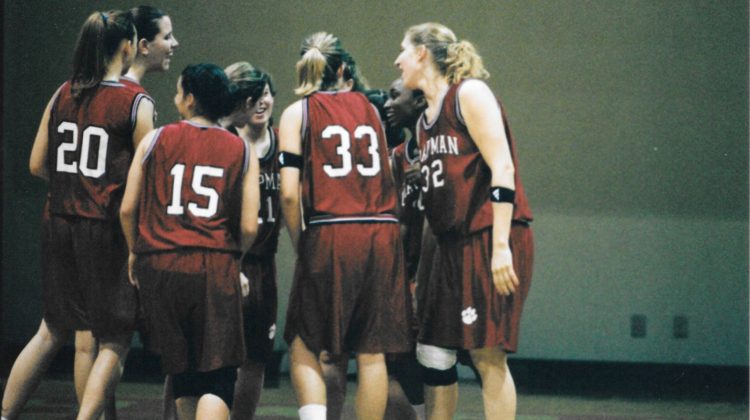 A new documentary ‘After the Game: A 20 Year Look At Three Former Athletes’ takes a deep dive into how playing sports positively impacts lives, even beyond playing days.

The idea for this documentary sprouted in 1999 with April Abeyta, the film’s director. She was a player on the Chapman University women’s basketball team in Orange, California. As a film major, she was interested in creating a 20 year documentary to showcase the importance of women’s sports.

The main characters of this documenary are Mary Hegarty, Michelle Ruzzi and Polly Neves. Hegarty is the head coach for Chapman during the 1999 season. Ruzzi is a Scottsdale native, playing girls basketball at Chaparral high school. She won a state title in 1996 as a senior. Neves is a transfer student who is looking to prove herself.

This documentary is timely in the world we live in now. At the professional level, female sports are growing in popularity. However, the COVID-19 pandemic seems to have made younger, female athletes re-evaluate their drive to play sports.

Tackling the issue of how sports impacts lives is what this documentary does best. All three main characters are in the midst of successful careers in other areas. Ruzzi has her own marketing firm, and credits her time playing sports as a driving factor in her ability to succeed. As Hegarty says in the documentary “It’s all about delayed gratification.” That’s an important life lesson that sports can teach many individuals, regardless of skill level.

The cinematography, headed by Abeyta, is crisp and clean. Being able to mash footage from 1999 through 2019 together is not an easy feat, but it comes across seamlessly.

The 1999 season film is intriguing. There is conflict, emotional speeches, inside conversations, and unprecedented access. This gives clear insight into how the players and coaches felt during their playing days, which offers a different perspective when they speak agin nearly 20 years later.

The run time is just under 90 minutes. This is a worthwhile watch for anyone involved in sports, especially parents and athletes who are debating how long they should seek to play.

📣 TIME FOR THAT BIG NEWS! We're so thrilled to share that After The Game: A 20 Year Look at Three Former Athletes arrives on digital November 2! Pre-order today on iTunes: https://t.co/S0gglNmL2B#womeninsports #womensbasketball #sportsdocumentary pic.twitter.com/FPXKxDlM6W

You can watch this documentary when it drops on streaming platforms on November 2. It’s available for preorder on iTunes and Vimeo.