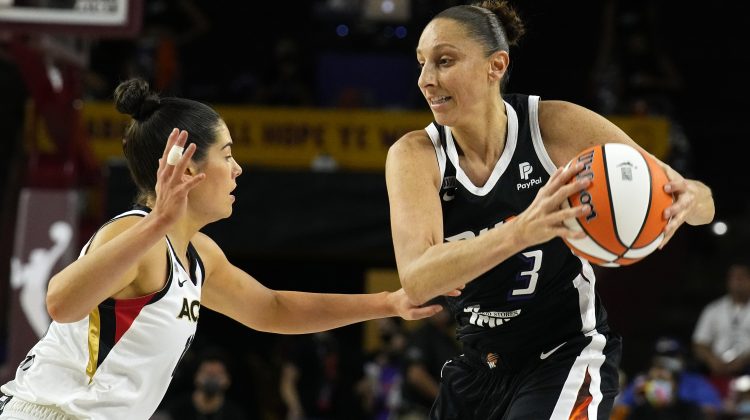 ”Disappointed, but proud of the overall effort that we had. We overcame so much adversity, again. Like every year, but it showed what we’re capable of.”

Mercury head coach Sandy Brondello got right to the point when discussing Phoenix’s 3-1 loss in the WNBA Finals.

In a season where they achieved almost everything they set out to accomplish, it wasn’t all gravy for the star-studded roster.

“I’m probably the only person in WNBA history that had a fractured sternum in a game, so I would like to say that was bad luck in a lot of ways,” superstar guard Diana Taurasi said. “I haven’t rolled an ankle since high school…injuries happen. If you play enough basketball, they’re gonna happen.”

Even the unconventional obstacles couldn’t slow this group down.

“I’m just as proud to be on this team as on those championship teams,” Taurasi said. “For everyone to be able to collectively do what we did in that playoff run…I’ve never really seen a team fight this hard, ever.”

High praise from the three-time champion who fans just voted to be the greatest WNBA player of all time.

Coming off a year where Taurasi was an All-Star for the first time since 2018, averaging just above 15 points per contest to go along with almost five assists and four boards a game, the question of the off-season remains: will she return for one more run?

“I feel like I’ve been at the end of it for a while now,” Taurasi said. “This’ll be an ongoing dialogue for the next eight months. When you have a lot of time to think about basketball and your future, a lot of thoughts go through your mind, but we’ll see where it goes.”

Brondello is used to seeing Taurasi torch team after team and doesn’t expect that to change if she returns.

“She’s got another year in her, definitely,” Brondello said. “Her ability to go out there and perform the way she did, hopefully that’ll motivate her to go one more year. She’s the leader of the pack…I’ll support Diana in whatever she decides.”

Key role players like Sophie Cunningham and Kia Nurse are free agents with big decisions themselves after solid campaigns with the Mercury.

Cunningham was a crucial presence on the perimeter, shooting over 40% from distance while Nurse was the perfect fourth option next to Phoenix’s ‘Big 3’ at nearly 10 points per game.

Nurse has quite the mountain to climb for next season, though, as she heads into surgery to repair her torn ACL in a week.

“She’s been great for us,” Brondello said. “It would be great to bring her back and get her healthy again. She just fits nicely into the team that we have.”

A pair of players the franchise knows will be back happens to be on the All-WNBA First Team.

Skylar Diggins-Smith re-asserted herself as one of the game’s top guards while Brittney Griner continues to reach new heights as the most dominant force in the league.

“We’re getting there,” Griner said. “Before it’s all said and done, I’d love to get that (MVP). If I’m getting MVP, that means I’m doing everything I can for my team.”

Griner was the WNBA leader in blocks per game at almost two while clocking in more than 20 points and just under 10 rebounds per contest.

“That was a pretty special year by her,” Brondello said. “It’s the best she’s played and she plays great every year but that was by far the best. How calm she was handling all the different situations, especially when Diana was out. Sky and BG knew they had to step up for this team.”

Regardless of what happens this offseason, Griner is staying optimistic.

“The core of this team is strong,” Griner said. “We don’t want to see ‘D’ go. Haven’t heard anything so planning on seeing her right there with the bun at center court when it’s time to start training camp.”

As the squad recharges from another deep postseason run, the fans will need to have patience until there’s a clearer picture of what the roster will look like for the championship quest in 2022.