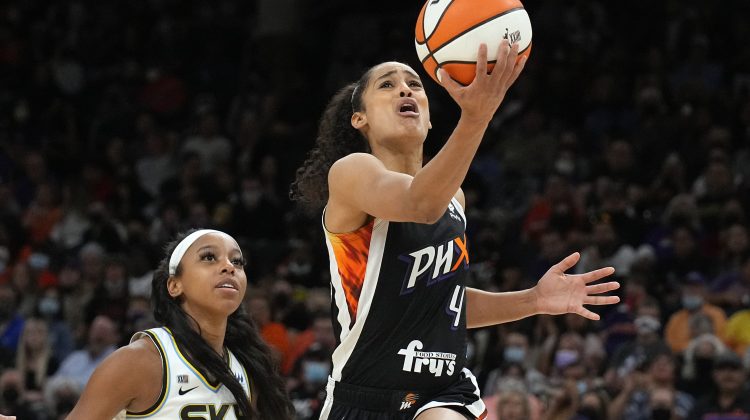 High drama on Wednesday night in downtown Phoenix, as the Mercury needed overtime to beat the Chicago Sky 91-86 in game two of the WNBA Finals. With the victory, the series is tied up at a game apiece.

Brittney Griner would have a massive game for the Mercury, scoring 29 points and grabbing nine boards. Diana Taurasi was quiet for most of the first half but would finish the night with 20 points, including a fantastic four-point play to open the scoring in OT. Four Phoenix players would score in double figures on the night.

That final play by @SkyDigg4 to seal the deal. 🔥 pic.twitter.com/dEiqBMAF1v

The series shifts to Chicago for Game Three on Friday night.

A fun moment caught on the Mercury social media was Suns star Devin Booker sitting next to the Mercury bench taking in the game.