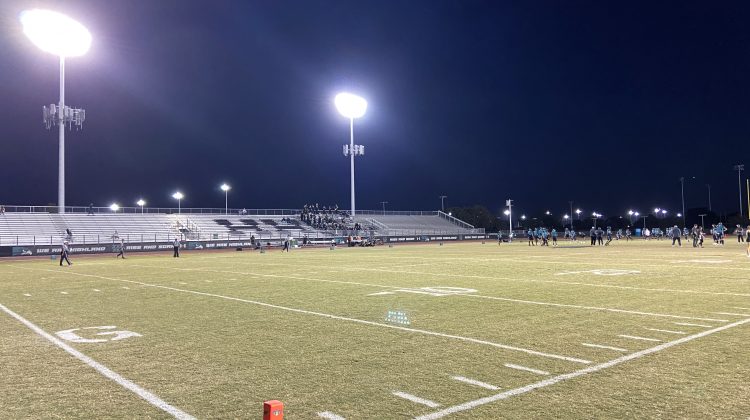 If you show up to high school football games at 6 p.m. it’s now dark outside. That’s how I know that the postseason is right around the corner. We got some sweet new polos to wear on the sidelines, but it’s almost time to layer them with jackets.

As the temperatures cool off, the best teams in the state are heating up. Or are they? There were some weird occurrences across state 48 in tonight’s slate of games.

There were three games between potential open division teams this week. Queen Creek played Chandler tough in the first half, but the Wolves ultimately pulled away to win 26-7. The bulldogs have a challenging schedule ahead of them, including Red Mountain next week. Chandler is riding a 43 game win streak and all eyes will be on them against Hamilton during the season’s conclusion.

Horizon is a great story this year. They ran into Saguaro and weren’t ready to take that leap, losing 48-23. The Sabercats were on the outside looking in when the open division rankings were released. This game has to give them some cushion for a top eight seed now. The Huskies will likely need to win out in order to boost its odds of making it.

The best matchup was between Basha and Highland. The Bears won 24-13, but the result shouldn’t effect either team’s chances of making the Open Division. Highland still faces Chandler, Hamilton, and Casteel. Losses in two of three won’t harm their odds much. An extra win would skyrocket them into a higher seeding.

Both Demond Williams Jr. and Gage Dayley impressed against stellar secondaries. A rematch between these two in the playoffs would be must watch tv.

Big time throw by @QBDwilliams1 & catch by @BrysonDedmon I’m sure you’ve heard that a lot this year @bashagridiron takes 14-13 lead with under a minute left in the half #FridayNight360AZ @Sports360AZ pic.twitter.com/8ONhRaq7su

A 3A Front Runner

I’m on record saying there are at least six teams that can win the 3A title this year. That hasn’t changed, but there is a clear front runner in ALA Gilbert North. The Eagles dominated previously undefeated Valley Christian 44-7 tonight. Add this win to an impressive resume, which includes a victory over Yuma Catholic and a near win against ALA Queen Creek, who is one of the top teams in 4A.

ALA Gilbert North can do it all. Adam Damante is a legit dual-threat quarterback, with plenty of weapons around him. The front seven gets after opposing quarterbacks with ease. And they have a certain swagger that boosts their confidence against any opponent.

I was on the sidelines at Highland with many reporters tonight, including Zach Alvira. We saw Desert Vista was trailing 31-14 at half. Before the third quarter ended, they were tied 31-31, ultimately beating Higley 38-37.

The 3-4 record may fool many, but Ty Wisdom’s team has played a brutal schedule this year. Their losses are to: Highland, Basha, Hamilton, and Perry (which is easily the worst loss on the schedule). Next week is a matchup with Mountain View, which could determine their postseason fate. If they can get hot down the stretch, they may make a little noise in the 6A playoffs.