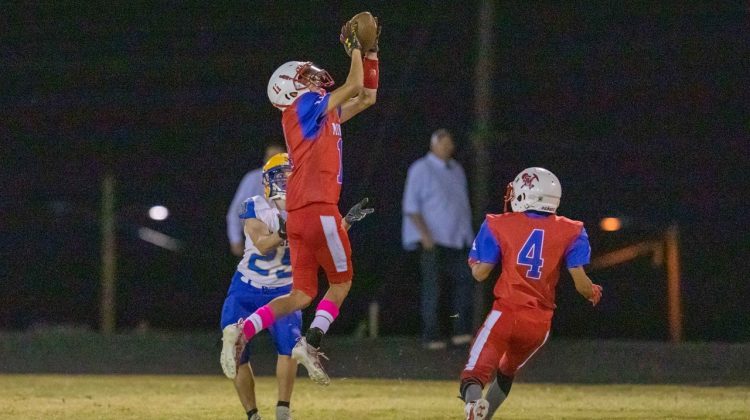 During this time of the high school football season, when the Open Division and the state’s top-ranked big schools start garnering most of the attention, Arizona’s Division 1A, eight-man football teams are already entering the playoffs.

The first round of the 1A playoffs kicked off on Friday evening with eight of the 12 teams earning playoff spots scheduled to face-off with the four winners advancing to play against the four teams that earned a first-round bye.

The Miners turned the tables in the third quarter and battled to overtake the Knights with the score at the end of the quarter standing at 30-26 in San Manuel’s favor.  The Miners poured it on and outscored the Knight’s 22 to 6 in the final quarter to come away with a 52-32 win which was secured for good when Jakob Tafoya returned and interception 25-yards for a touchdown with less than three minutes remaining in the game. 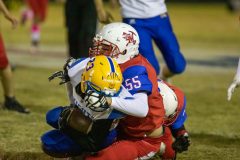 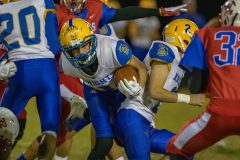 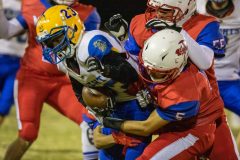 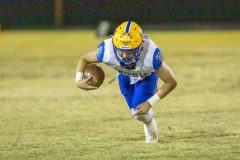 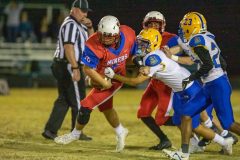 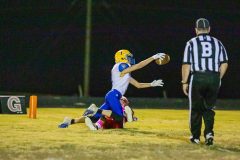 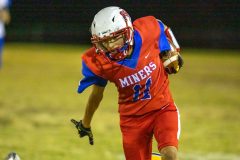 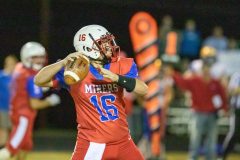 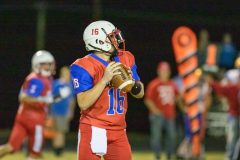 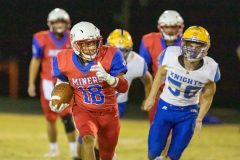 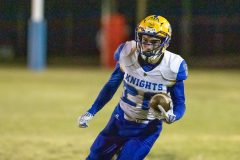 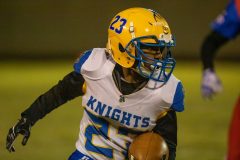 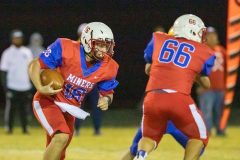 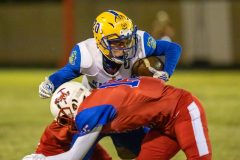 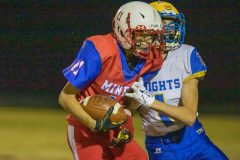 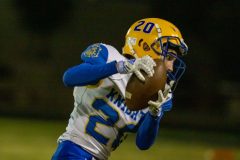 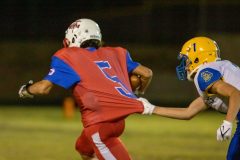 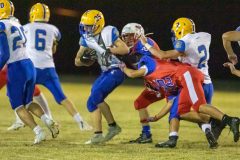 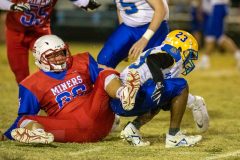 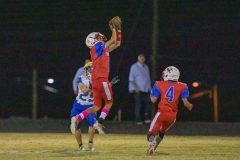 [Show slideshow]
1 2 ►
The Arizona Interscholastic Association’s listing of 1A football teams includes 26 schools from across Arizona, from as far north as Colorado City and Fredonia along the Utah border down to Elfrida in southern Cochise County.

The eight-man football schools are classified as 1A based on enrollment, with most schools being in small towns; however, some private and prep schools from urban areas are also designated as 1A.

The small-town nature of the schools comprising 1A teams often means lengthy travel. Whereas a Tucson or Phoenix area larger schools may travel a few miles or across the city to face opponents, many 1A school road trips average about 200 miles round trip.

Friday night’s game took me to San Manuel – a small town of approximately 3,700 residents. Originally a San Manuel Mine company town designed and built by Del Webb, the town now is a leisure destination for hunters, hikers and recreational vehicle enthusiasts.

San Manuel is approximately 45 miles northeast of Tucson as the crow flies and about a 60-mile drive around the Santa Catalina range. The turnoff to San Manuel from State Highway 77 is easy to miss, especially at night due to the fact that there is very little in the way of street lighting once you pass through Oro Valley north of Tucson. If the turn is missed the first opportunity to turn around is four miles down the highway.

Once on the right path which eventually winds through San Manuel on McNab Parkway and – not surprisingly – to Main Street, the Miner’s football field sits across from Dollar General, Mel’s Dinera and 3 Bees BBQ on a plateau that overlooks the San Pedro River and across to the Galluro Mountains.

The home-side stands are a proper structure, not bleachers, with attached restrooms and the probably the best-lit snack bar in the state.

By virtue of it’s victory on Friday, the San Manuel team earned a spot in the 1A quarterfinals against Mohave Accelerated in Bullhead City, Ariz., at the Anderson Automotive Group Fieldhouse indoor facility.

And, in case you are wondering, this road trip to Bullhead City will be a six-hour, 360-mile drive

Valley Union – 0 (forfeit due to Covid)