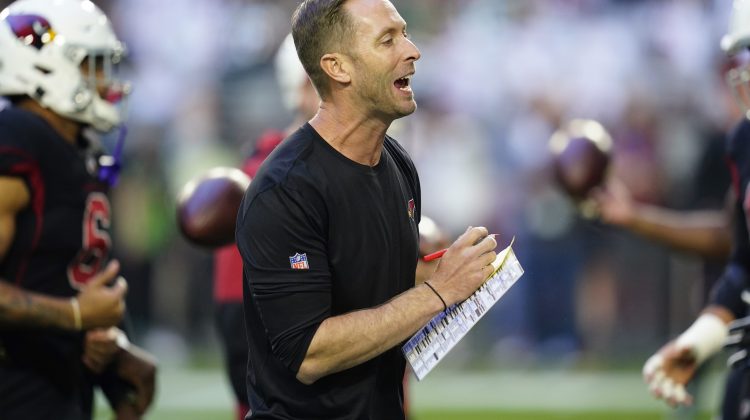 The Arizona Cardinals are unbeaten no more. So of course, the overreactions to the loss against Green Bay are pouring in.

It’s not as if this team is in panic mode. The top of the NFC is a battle this year, with five one-loss teams to this point.

With the extra few days to prepare for the next contest, this team has some things to look for and to work on.

JJ Watt is having surgery next week to repair a torn labrum, rotator cuff, bicep, and dislocated shoulder. On the final play, Kyler Murray appeared to injure his foot after limping around during the last drive. Kliff Kingsbury says Murray is sore, but thinks the weekend off will help him.

During the game, DeAndre Hopkins was limited by a hamstring injury. He refused to stay off the field, putting himself in sporadically. Kingsbury believes he’ll be fine next week.

“He can push through some things that most humans couldn’t,” Kignsbury said about Hopkins.

Rookie Zaven Collins left in the first half due to a shoulder injury. Kingsbury says that the extra days should help him and he expects he’ll be practicing next week.

Also, center Rodney Hudson is going to try and play next week. The training staff wants to monitor him after the weekend to see if he can return. He’s been on injured reserve since October 16.

A loss was always going to be part of the journey for this team. They skidded through sloppy quarters and found a way to delay that loss for eight weeks.

The hunger for the postseason, and a deep run when they get there, is not appeased by early season success.

“If today’s meetings were any indication, it’s a hungry group,” Kinsbury told the media on Friday. “Going to play a divisional opponent on the road, who we’ve had great matchups with the past few years, our guys will be on edge and ready to go.”

Tough one, we will bounce back! #GoCards

There’s a reason Aaron Rodgers told Murray after the game that he’ll see him again in the playoffs. The Cardinals played poorly, and still nearly beat a team that is constantly in the NFC title game.

First things first, the Cardinals get to enjoy the weekend. While a win would’ve been sweeter, this team knows it’s the midway point of the season and any break is useful.

“It’s such a competitve league week in and week out,” Kingsbury said when asked about his team’s fatigue. “You incure so many injuries, it’s such a tough sport. You have to be able to handle it and I think our guys have handled it well no matter what has been thrown at them.”

Next week, the 7-1 Cardinals travel 651 miles to face the San Francisco 49ers.