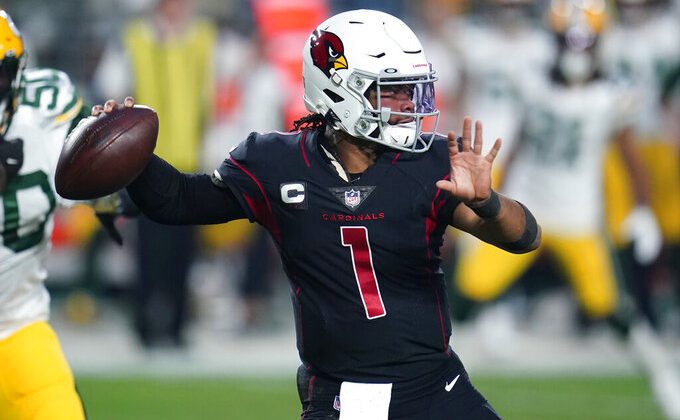 The Arizona Cardinals (7-1) suffered their first loss of the season Thursday against the Green Bay Packers (7-1) in a tightly contested 24-21 game.

Unforced errors proved to be the Cardinals’ downfall in the defeat. Kyler Murray threw two interceptions, including a pick in the end zone with 15 seconds left in regulation that sealed the win for Green Bay. Untimely mistakes overshadowed a commendable effort by Arizona’s defense, which held Aaron Rodgers to just 184 passing yards and stopped Green Bay in the red zone twice.

On a night when the Packers were missing their top three receivers -Allen Lazard and Davante Adams due to COVID-19 and Marquez Valdes-Scantling due to a hamstring injury- the Cardinals gave their guests plenty of chances to remain in the game despite their limitations on offense. The contest was close throughout, but the Packers always seemed to have a slight edge, thanks in no small part to miscues by Arizona.

After the two teams traded touchdowns in the first twenty minutes, Cardinals receiver Rondale Moore fumbled a punt at the Packers’ 3-yard line with the game tied 7-7, giving Green Bay’s offense a chance to take the lead. It was initially ruled that the Packers downed the ball, but replay quickly revealed that the ball glanced off of Moore’s fingertips, and Green Bay was awarded possession.

Following the turnover, the Cardinals defense authored the first of its two goal-line stands on the night, but could not prevent a Mason Crosby chip-shot field goal that put the Packers up 10-7, a scoreline which would hold heading into the the half. Arizona shot itself in the foot again on its first drive of the third quarter, when Murray panicked under pressure and delivered an inaccurate pass that deflected off the hands of Moore and into the outstretched arms of Green Bay safety Henry Black, giving the Packers the ball at Arizona’s 14-yard line.

Henry Black will take this.

This time, the Packers offense took full advantage of the field position it was given. Rodgers found Randall Cobb in the end zone for his second touchdown of the game, a two-yarder that put Green Bay up 17-7 and put the pressure squarely on Arizona’s offense.

To their credit, Murray and the rest of Arizona’s offense responded well, and found themselves in a position to win the game with 15 seconds left in the fourth quarter. Unfortunately for the Cardinals, the mistakes would rear their ugly head one final time. Murray targeted A.J. Green on a fade to the corner of the end zone, but Green failed to turn around and locate the ball, resulting in an easy interception for Green Bay’s Rasul Douglas which salted away the game for the Packers.

Although Thursday’s game was Arizona’s first defeat of the year, turnovers have been an issue for the Cardinals throughout the season, and Thursday’s result demonstrated exactly how costly giveaways can be against a quality opponent. Arizona may get the reprieve of facing the hapless San Francisco 49ers next week, but matchups against the 6-1 Rams and 5-1 Cowboys await, and Arizona will need to cut down on its mistakes if it hopes to tangle with other top teams.