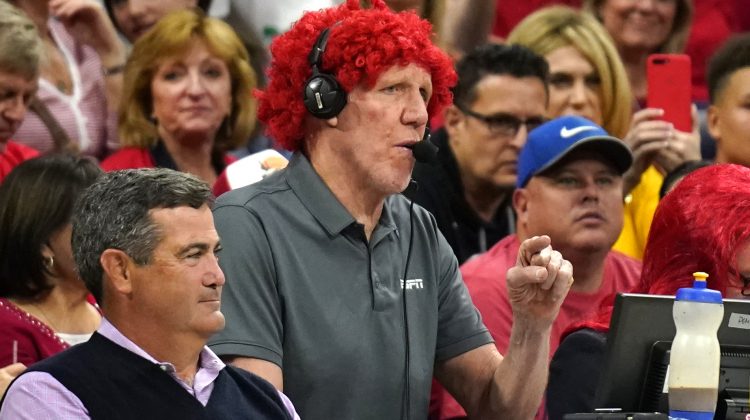 The Pac-12 men’s basketball season begins unofficially on Wednesday with the head coaches and top players gathering in San Francisco for the most anticipated preseason media event in four years.

Back in 2017, the FBI’s investigation into Arizona and USC consumed the oxygen and augured a multi-year downturn on and off the court.

Four years later, the Pac-12 is basking in the success of an unprecedented run through the NCAA tournament.

“It was spectacular,” said Bill Walton, the Pac-12 alumnus and advocate. “But whenever life looks like easy street, there’s danger at your door. It’s critical that everybody involved get to work.”

The conference has little room for improvement, at least in March.

It sent five teams to the NCAAs last spring. Four advanced to the Sweet 16, three made the Elite Eight and one, UCLA, reached the Final Four before losing to Gonzaga in a semifinal game for the ages.

The conference not only vanquished its postseason demons but secured nearly $40 million in NCAA distributions — the second-largest cash haul for any conference in history — and erased the narrative that it had fallen woefully behind peer leagues.

Was the success an outlier, or the leading edge of a sustained turnaround?

The Pac-12 is proof of the former.

Just months after news of the FBI investigation broke in Sept. ’17, the conference staggered through a regular season that led to only three NCAA tournament bids — and zero NCAA wins.

The situation was marginally better in 2018-19, with just one team, Oregon, escaping the tournament’s opening weekend.

But within the Pac-12 basketball braintrust, there’s a deep belief that last March was not an aberration.

“It wasn’t an anomaly in terms of us moving forward,” said Oregon State athletic director Scott Barnes, a former chair of the NCAA selection committee who worked closely with the conference office on initiatives to fortify schedules and improve power ratings.

“If there had been an NCAA tournament in 2020,” Barnes added, “we were positioned to do very well.”

According to Bracket Matrix, which aggregates media projections, the Pac-12 was expected to receive six at-large bids before COVID shut down the 2020 event.

The cancellation essentially stripped the conference of the opportunity to change its reputation, prolonging for a calendar year the narrative that it lagged other leagues.

“There’s a chance to build on the foundation,” Walton said. “The challenge is to be out in front of the change that is constant.”

In total, just three of the 15 players selected to the all-conference team are returning in 2021-22, and all three play for UCLA: point guard Tyger Campbell and wings Johnny Juzang and Jaime Jaquez Jr.

Not surprisingly, the third-ranked Bruins and No. 11 Oregon are the only teams listed on ESPN’s preseason top 25.

But low expectations provide the opportunity for an upside surprise, especially in the non-conference portion of the season that plays a vital role in framing resumes for Selection Sunday.

The Pac-12 has three games against defending national champion Baylor, two games against (likely) preseason No. 1 Gonzaga, and single dates with North Carolina, Villanova and Kansas.

And several returnees are projected for the first round of the 2022 NBA Draft, including Watson, Arizona’s Bennedict Mathurin, Colorado’s Jabari Walker and ASU’s Marcus Bagley.

Bottom line: The Pac-12 has all the momentum, talent and opportunity required to build on its NCAA success.

The biggest brand, UCLA, is loaded. The most accomplished coach, Oregon’s Dana Altman, is back. COVID is under control. The strategic initiatives are in place. The campuses and conference office are better aligned than they have been in years.

There are no excuses. It’s time to win early and win big.

“The pressure’s on all of us,” Walton said. “Everybody involved has to be better.”