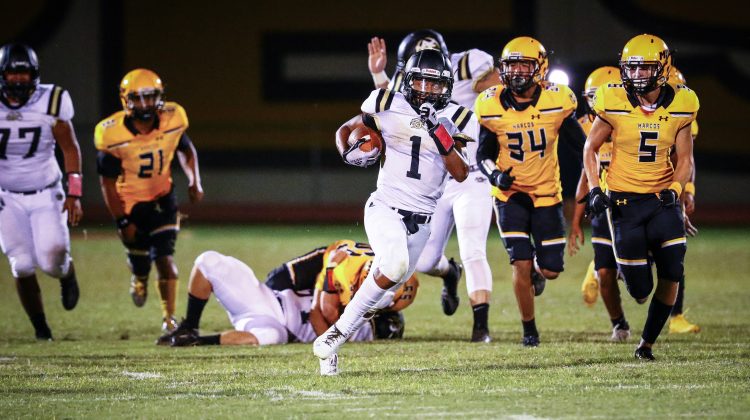 Friday night lights were just a little bit sweeter for the Apache Junction Prospectors football team as the calendar flipped to October.

Sophomore running back Isaiah Savoie smashed the school rushing yards record with 292 in a 56-31 victory over Fountain Hills. He did so on 31 carries while also crossing into the end zone five times, setting another school record in the process.

Head coach Bruce Binkley knew success was on the horizon for the sophomore captain.

“The game plan is always to feed him the pigskin as much as possible,” Binkley said. “There’s no telling how high his ceiling is. From his freshman year to this year, I mean, he doesn’t even look like the same kid, I can’t even imagine. Isaiah is a sophomore, his ceiling is way beyond anything that I have no idea. I mean his ceiling is ridiculously high.”

The Prospectors are now 4-1 after last week’s win, the team plays its next game on October 15th against the Poston Butte Broncos.