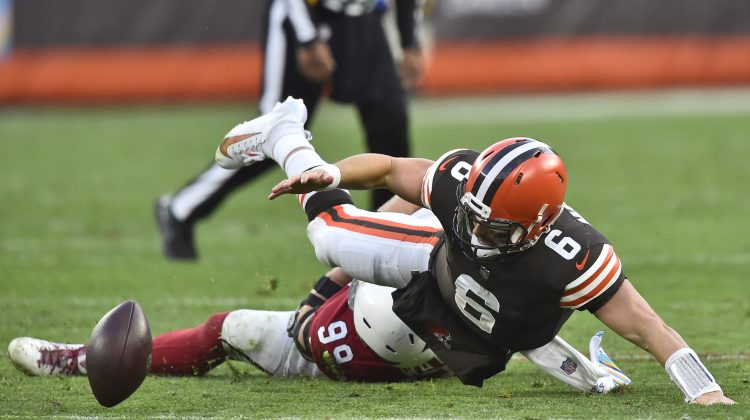 Kliff Kingsbury wasn’t on the sideline due to a positive COVID-19 test. Chandler Jones and Rodney Hudson didn’t play and yet the Cardinals continued as the NFL’s only unbeaten team, blowing out Cleveland 37-14  Sunday on the Browns home turf.

Kyler Murray opened the scoring with a touchdown pass to Christian Kirk. He followed it with two scoring throws to DeAndre Hopkins and a 4th quarter TD to A.J. Green. Kicker Matt Prater hit three field goals to give the Cardinals plenty of offense, breaking the 30 point mark for the 5th time in 6 games this year. Murray’s final line on the day, 20-30-229-4TDs.

The Cardinal defense held the NFL’s top-ranked rushing team(averaging 187.5 per game) to just 73 yards and forced three turnovers. They did it without Jones, who was ruled out of the game due to a positive COVID-19 test. 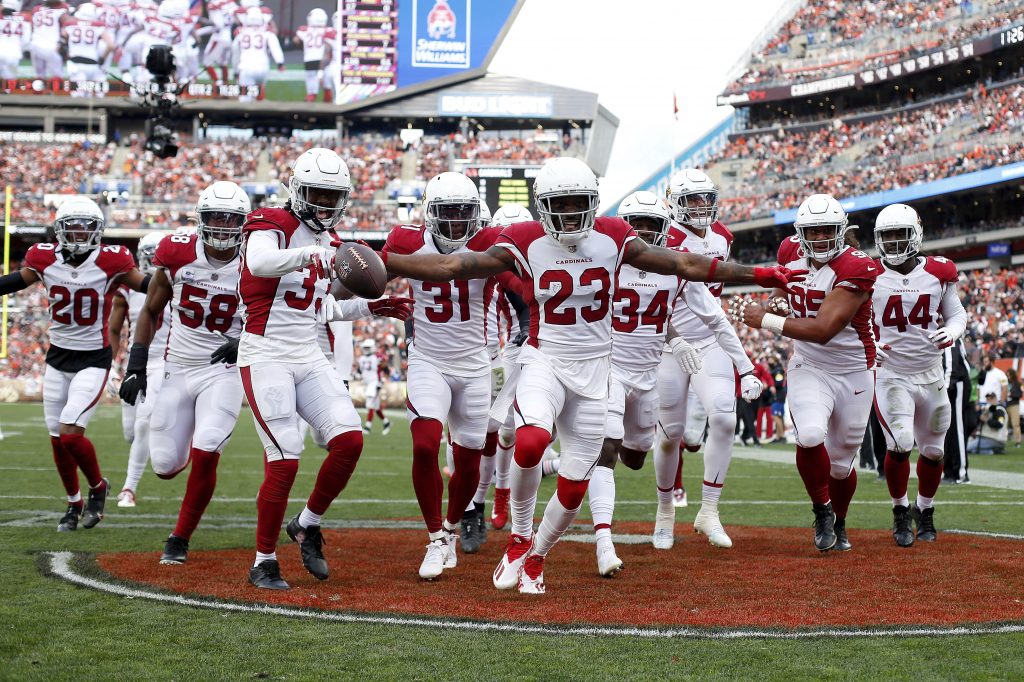 In the second half the Browns cut the score to 30-14  and drove the ball deep into Cardinal territory early in the 4th q, only to have a Baker Mayfield pass to Odell Beckham Jr. on 4th down, slip through his hands, giving the ball back to the Cardinals and basically ending the game.

With the victory, the Cardinals move to 6-0 and will host the Houston Texans next Sunday.