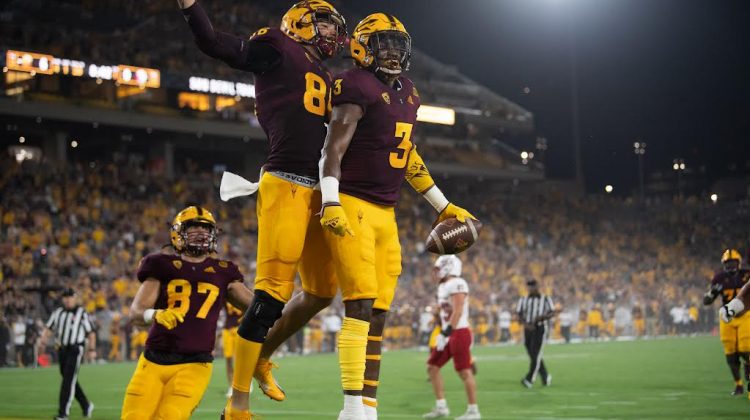 There were 55 college football games available for viewing across all broadcast, cable, and digital platforms on Saturday, the first full day of the 2021 season.

On Sunday, there is only one.

The Pac-12 wants to increase media exposure for its chief export.

It should own Labor Day weekend.

The Pac-12 needs to generate revenue through creative scheduling.

It should own Labor Day weekend.

Why play nine games on the same Saturday as everyone else when you can spread the product out over three days?

Starting next year — or as soon as the contracts — the Pac-12 should schedule two or three games on the Sunday of Labor Day weekend and one or two more on holiday itself.

That 48-hour period is essentially a wasteland for football fans desperate for action: There’s no NFL and never more than one college game each day.

The territory is there for the taking — for the only time of the year.

The Pac-12 has three options:

We couldn’t help but notice the recently-announced USC-LSU game, which will serve as the 2024 season opener for both teams, does not have a date.

It’s on Labor Day weekend but lacks a kickoff day or time. Perhaps it will land as the primetime showdown on Sunday.

If so, that’s a good launch point for the Pac-12’s occupation of the holiday weekend wasteland.

Why not start the season with intra-conference play? The Big Ten and ACC do it, just not on Sunday or Monday.

The Pac-12 should even consider Sunday conference doubleheaders.

The early game could match the North against the South, giving the road team the chance to return to campus at a reasonable hour.

The second game could match closer proximity: UCLA vs. Arizona State or Oregon vs. Washington State.

Convince the Big Ten and ACC to schedule high-profile matchups on Sunday and perhaps Monday.

After all, the entire point of the three-league alliance is to create compelling intersectional games that will generate additional media revenue.

Schedule a triple-header at neutral locations that make sense geographically for the matchup:

Do you know what FOX is showing this afternoon? Zippo.

Now, there are two hurdles to the Pac-12’s takeover of Labor Day weekend, both significant but neither insurmountable:

— Non-conference schedules are set for years to come.

If there is no room to maneuver under the existing contracts, implementation of our plan might require a delay of several years.

— Disruption to preparations for the Week Two game.

Here’s where the coaches resist. They would be wary of starting the season with a difficult assignment that creates a competitive disadvantage in Week Two.

One way to relieve their anxiety would be to schedule an FCS creampuff for Week Two.

Or they could suck it up and deal.

The Pac-12 had no quality options for expansion, so it smartly passed on adding members. But the central problem remains: The conference must find creative ways to increase the value of its football product to close the revenue gap with the Big Ten and SEC — and potentially create an advantage over the ACC.

Providing the major networks with compelling supply on high-demand days, when little or no competition exists, seems like a lucrative path to that end.