“I know there’s sometimes where the kids have kind of had fun with Richard when he’s getting his butt chewed,” Rhett said. “I go to a whole new level when I’m chewing his butt.”

That’s part of the balance between father and son as well as coach and quarterback.

“In the offseason I worked a lot on my footwork,” Richard said. “I want to be the best quarterback I can be to help my guys win a state title this year.”

Last season that goal was almost accomplished. In the 3A state title game against Snowflake, Richard broke his collar bone early in the game. Yuma Catholic lost 38-14.

“Well initially you have that ‘Oh crap something’s wrong’ feeling,” Rhett said as he recalled the injury. “And then you’ve gotta go back into different mode and try to figure out how you can still compete.”

Football in their blood

Despite not playing tackle football until his freshman year of high school, Richard’s been in love with the game forever. The Stallworth family has a long line of football players. Rhett played at New Mexico Highlands, where he was an All-American quarterback. Steve Stallworth, uncle to Richard, played quarterback at UNLV. Rocky Stallworth, younger brother of Richard, is a freshmen on the Shamrocks this season. Numerous nephews have also played under Rhett at Yuma Catholic throughout the years.

“They grew up on the field,” Rhett said. “If you’re a coach and you want to have any kind of relationship with your kids you’ve gotta incorporate them into the team. They’ve been around that field for years and years.”

No Luck Needed: Yuma Catholic On Radar Of College Programs 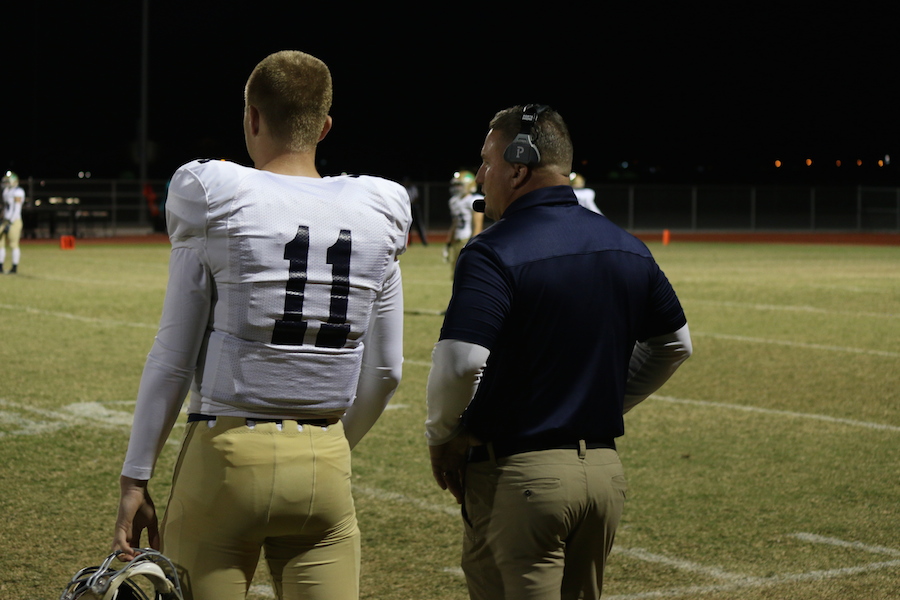