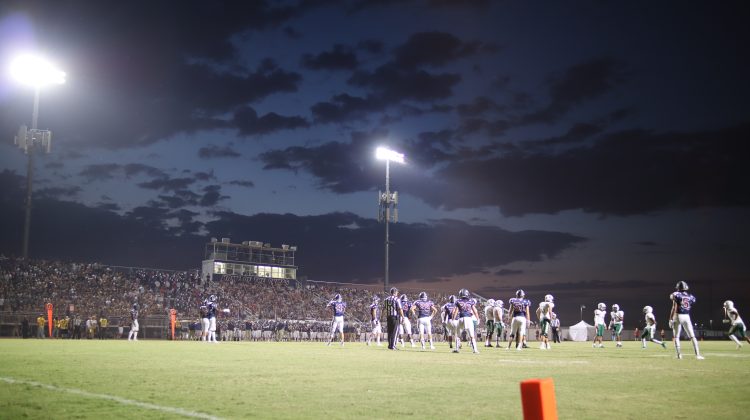 At this point in the season, most teams across state 48 are three or four games in. As things shape up, some teams are proving to be contenders for a title this year. Others need to show more.

Three Takeaways were written here by Evan Oscherwitz. Here’s some of my quick thoughts and observations from Friday September 18.

The 3A Title Game

Last night was a preview of a potential 3A state championship game. ALA-Gilbert North beat Yuma Catholic in a 28-25 thriller. The Eagles’ defense looked sharp, making Shamrock’s quarterback Richard Stallworth uncomfortable in the first half.

However, he still finished 27-40 with 298 passing yards, two touchodowns, and a pick. He nearly led his team to victory after trailing 21-3. The opposing quarterbcak, Adam Damante, showed his grit all nght long. The passing game wasn’t always there, but he ran for two touchdows and constantly kept drives alive with scrambles. He’s a big time playmaker.

Both coach Randy Ricedorf for ALA-Gilbert North and Rhett Stallworth for Yuma Catholic beleive they’ll see eachother again this postseason. If both teams finish in first and second place, that rematch could very well be played with rings on the line.

Also if they do end up in the state championship game, wrestling at halftime may need to return.

4A Magic Brewing In Flagstaff

The Flagstaff Eagles are 3-0 to open the 2021 campaign. Last night it took a 49-48, back and forth thriller to defeat Mingus. As time was waning, the Eagles recovered an onside kick. Then quarterback Bodie Maier delevered a strike to the end zone, perfectly placed to keep the perfect record.

What a night! Our @FlagstaffEagles showed so much heart. Battled adversity and pulled out an amazing comeback. Special game to have been a part of. @CoachSeanManni1 @Dozer3481 @enewmanwrites @AZSPORTSNETWORK @AZPreps365 @Sports360AZ https://t.co/ahVUCGc77p

Quarterback coach John Buckley knows a thing or two about winning. In 2019, he won a state title in Califoria with El Camino high school. The program seems to be shifting gears, on the verge of preparing for an interesting 4A title run.

Looking On The Horizon

Last week I wrote about the Huskies’s fast start. I’m adding on today. As Jordan Hamm noted, this team is beating really great programs in year one under Andy Litten. Including Desert Edge last night 31-30 in an overtime extravaganza.

Looking at their schedule the rest of the way, they could very well be one of the state’s Open Division teams if they keep this up. @hzfbfamily

What’s happening with this program is a complete buy in to the process. It’s not the biggest team, nor the fastest. But the Huskies show heart, grit, and tenacity. The secondary is dialed in. Quarterback Skyler Partridge makes plays in crucial moments. Keep an eye on Horizon. They could sneak into the Open Division.

The Basha Bears. Again another team I mentioned last week, but you should be ferociously watching this program. Last night the Bears added a 37-12 win over Brophy Prep to its resume. The offense gets most of the love, but the game was actually closer than it looked. That is until the Basha defense began forcing turnovers and turning them into points down the stretch. That’s a sign of a well coached team. Most young units would let Brophy hang around. Chris McDonald’s squad made sure that didn’t happen.

It remains to be seen where they compare to Chandler and Hamilton, but momentum is moving this program forward. Don’t be surprised if the open division comes knocking, and the Bears respond by breaking down the door with a nice playoff run.

The high school season is shaping up to be a thriller. Last night’s set of games was intense. Be sure to check out our Twitter @Sports360AZ for full coverage of games and of course check the website for stories. 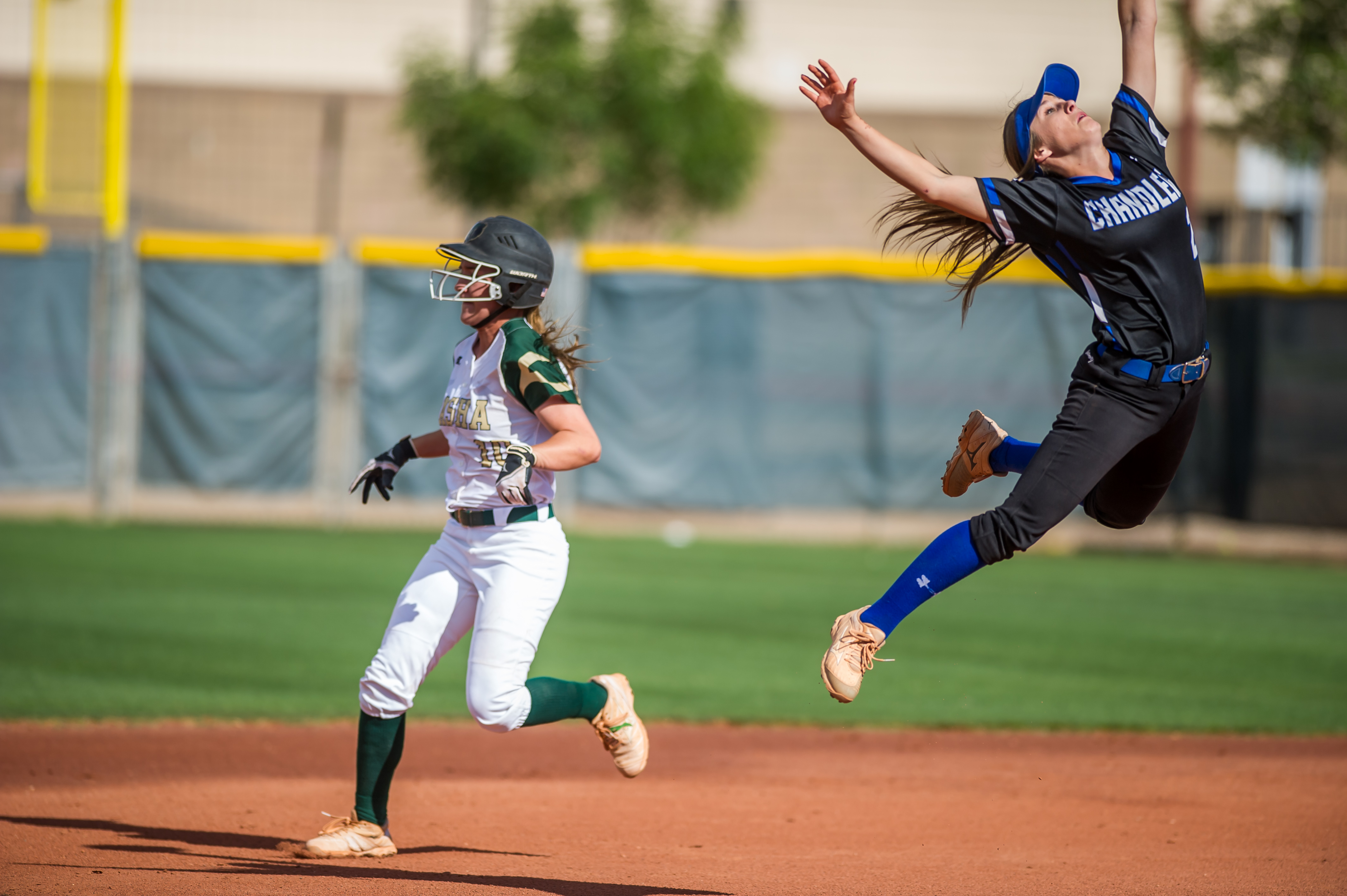 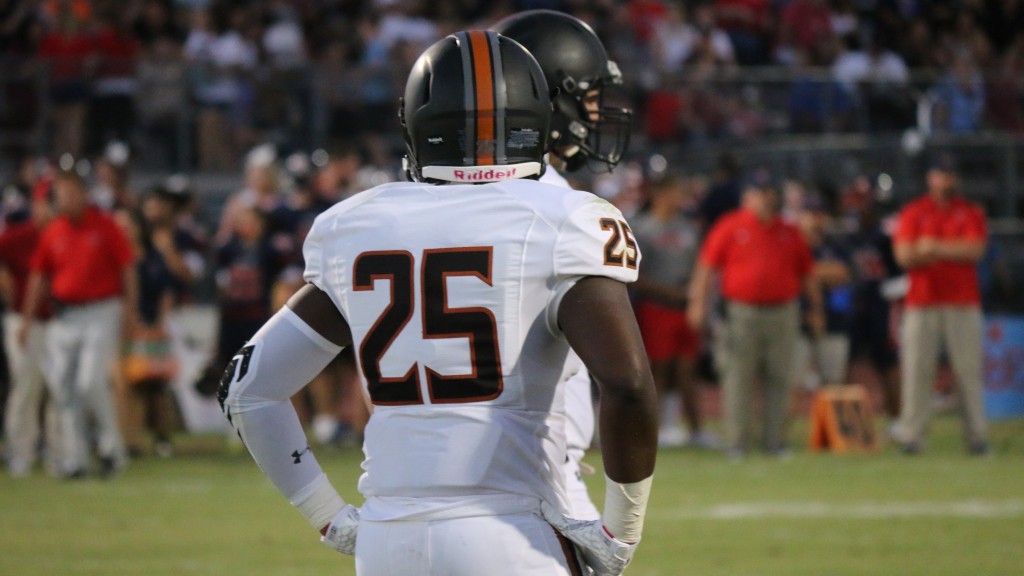