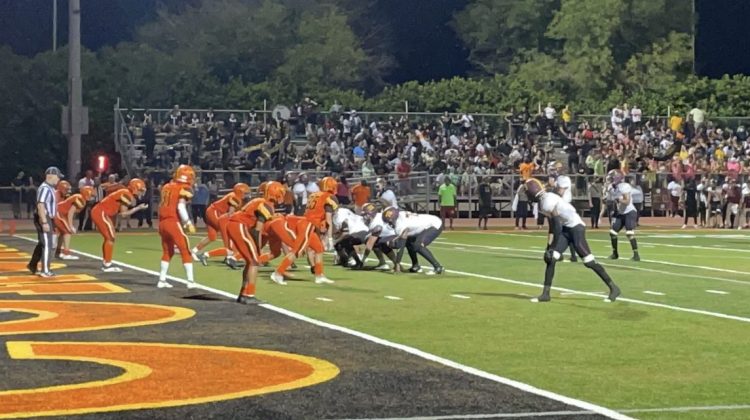 Mountain Pointe and Corona Del Sol seemed to be two programs headed in completely opposite directions going into the 2021 season. Corona Del Sol posted an 8-1 record in 2020, and despite fielding a much younger roster this season, appeared to be on track to repeat their success this fall.

Mountain Pointe, on the other hand, was aiming to rediscover their winning ways after a 1-7 campaign last year, in which their only win came against a winless Desert Vista squad. With its 34-33 win over the Aztecs Friday night, Mountain Pointe’s redemption tour got off to a promising start. The Pride nearly watched a two touchdown lead evaporate in the final seven minutes, but Corona Del Sol’s failed two-point conversion attempt and subsequent failed onside kick ultimately sealed the deal.

Although the victory is an encouraging sign for a team vying for a bounce-back season, head coach Eric Lauer said the team still has some areas in need of improvement, most notably on the conditioning front.

“This got a little tighter than we wanted, had some hydration issues,” Lauer said. “Cramping was a big issue for us, which disappoints me because we’ve been working extra hard with the pace we’ve been trying to keep and hydrate well.”

The Pride may end up celebrating their victory with a conditioning-heavy week of practice in the lead up to their next game against Brophy College Prep, but Lauer did commend his team for executing their game plan and staying true to their identity.

“The word has been identity,” he said. “We had none last year. When you don’t know who you are or where you come from, you’ll fall for anything. This team has embraced the chase. We know who we are now, and even more so, we know who we’re not.”

The celebration is on in Tempe! Mountain Pointe grinds out a 34-33 nail biter of a win over Corona Del Sol @Sports360AZ pic.twitter.com/Fe3XxPm3Zc

As for Corona Del Sol, the Aztecs still have promise, but they will need to eliminate some of the unforced errors that sank their aspirations of winning Friday night’s game. Turnovers and untimely penalties proved costly, but sophomore quarterback Connor Ackerley performed well in his first career start, and nearly authored a 14-point comeback in the game’s closing minutes. Unforced errors are simply a fact of life with inexperienced groups like the Aztecs, and as long as they can gradually minimize those miscues, wins will likely follow.

Connor Ackerly connects with Jeff Lambert on an 11-yard TD to pull Corona within 1 but two-point conversion fails. Mountain Pointe is 2:03 away from escaping with a huge upset win @Sports360AZ pic.twitter.com/8svf6C7oPd

Corona Del Sol will vie for its first win of 2021 against Notre Dame Prep on Sep. 10. 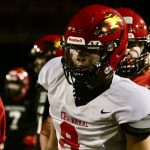