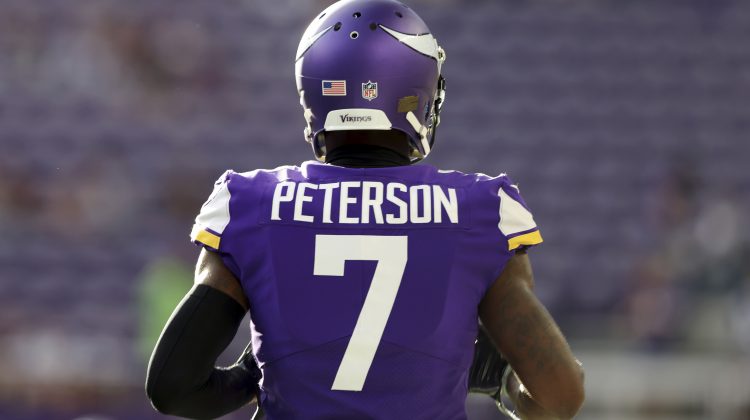 The Arizona Cardinals secured a dominant 38-13 victory over the Tennessee Titans in week one of the NFL season, and while it was exciting for fans in the valley to watch, it’s time to move on to week two. It will be the return of Patrick Peterson to the desert, as the Minnesota Vikings make the trip to State Farm Stadium on Sunday after a disappointing 27-24 loss to the Cincinnati Bengals last week.

Columnist Larry Fitzgerald Sr. joined the Brad Cesmat Show Tuesday morning to discuss his thoughts on the Vikings’ performance, what to expect in Peterson’s return and if he will be making the trip out to the Valley of the Sun.

The Minnesota Vikings’ season opener was a tough pill to swallow for fans, after coming off an 0-3 preseason. Falling to the Bengals in overtime wasn’t how they expected the season to begin.

Fitzgerald Sr. referred to the Vikings as the ‘state’s most popular sports franchise’ and with that comes high expectations, and while the team has had a various number of trips to the Super Bowl, they’ve never been able to call themselves World Champions. Perhaps it happens to be what division they are playing?

“They’ve had some really good teams and they’ve had some players in the Pro Football Hall of Fame, so expectations are for them to have a team that can go out and get it done and win,” Fitzgerald Sr. said. “They seem to have issues, particularly against AFC teams. They seem to do well in the NFC, but when they play AFC teams they just can’t seem to get it done. The first game against Cincinnati, a team that I don’t think has won a playoff game in 30 years, but Minnesota couldn’t beat them on the road, on a hot Sunday last week.”

Kirk Cousins’ Position With The Team

Could the struggles stem from the quarterback Kirk Cousins? Is time running out for Mike Zimmer and Kirk Cousins?

Even though the Vikings had a record of 7-9 last season, Fitzgerald Sr. thought that offensively the team did a lot of good things, but seemed to struggle more on the defensive end. Fans saw those defensive issues resurface once again in the matchup against the Bengals.

Cousins has averaged throwing for over 3500 yards and at least 25 touchdown passes or more over the last six years. “They’ve had one playoff team with him as their starting quarterback,” Fitzgerald Sr. said. “He’s been quite durable, played every game. Over the last six years, he’s one of the productive quarterbacks in the league if you look at his numbers. Not many quarterbacks can go away saying that. He has been in the playoffs one time and they’ve won one playoff game.”

Earlier this year, Peterson signed with the Minnesota Vikings. Peterson was drafted by the Cardinals in 2011 and has been with them up until last year. The eight-time Pro Bowler will return back to his home in a new uniform on Sunday, going up against DeAndre Hopkins and A.J. Green.

“He has always brought a big game mentality and mindset to every game that I’ve ever seen him play and with great results,” Fitzgerald Sr. said. “So far he seems to bring that expectation to this Vikings defense and I know that returning Sunday to the desert, he has got to be looking forward to it. I believe he will be highly excited and charged up to come home to the desert and show that he can still play some football. I think it’s going to be one of the best challenges of his career.”

Will Fitz Sr. Be in Glendale?

With the uncertainty surrounding Fitzgerald Jr.’s current state in football, Fitzgerald Sr. has decided not to attend Sunday’s game at State Farm Stadium.

“I’ve been in this position for four decades, I’ve covered 40 Super Bowls and I don’t like being part of the show,” Fitzgerald Sr. said. “I anticipate in view of the incredible career that Larry Jr. had with the Arizona Cardinals and it being up in the air why he isn’t with the Cardinals this year, I don’t want to be bothered by that type of continual attempt to get something out of me that he hasn’t cleared.”

The Arizona Cardinals kickoff against the Minnesota Vikings at 1:05 p.m. local time.