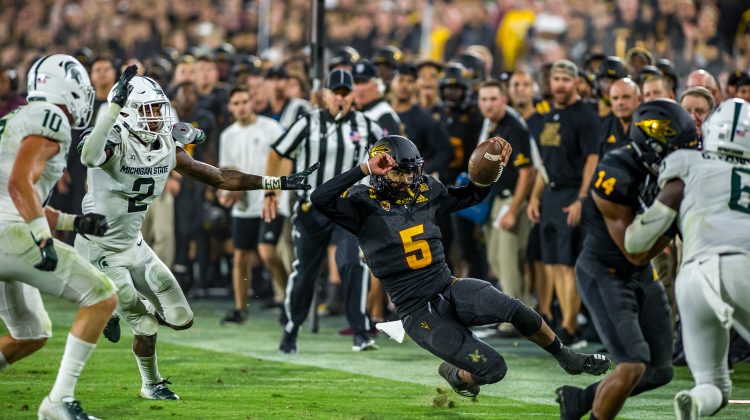 The ACC, Big Ten and Pac-12 announced Tuesday that they would be forming an alliance to help advance the future of college athletics, which also includes a scheduling partnership.

“The historic alliance announced today between the Pac-12, ACC and Big Ten is grounded in a commitment to our student-athletes,” said Pac-12 Commissioner George Kliavkoff. “We believe that by collaborating together we are stronger in our commitment to addressing the broad issues and opportunities facing college athletics.”

The statement comes shortly after the University of Texas and the University of Oklahoma announced they would be moving from the Big 12 to the SEC in 2025. The alliance is not bound by any written agreement or contract, and will rely largely on mutual trust between its members, but the three commissioners felt that this was the right move to maintain stability within their respective conferences.

“We had some friction amongst two of our really important conferences that make up the Power 5,” said ACC commissioner Jim Phillips. “And so, to try to get some stabilization to try to work through the next several years in a way where we collectively can work together is so critically important.”

For men’s and women’s basketball, along with football, the scheduling component will create new inter-conference games for student athletes and will help “optimize the college athletics experience for both student-athletes and fans across the country.” In men’s and women’s basketball, there will be early and mid-season games, in addition to annual events.

The Best Matchups In An ACC/Big 10/PAC 12 Alliance pic.twitter.com/iYRpEuOPGg

A news release stated that the scheduling partnership will begin “as soon as practical” based on current contract obligations. The conferences will also be exploring opportunities for Olympic Sports to compete against one another.

Presidents, chancellors and athletics directors at the 41 institutions across the three conferences voted unanimously on the alliance. It “will be guided in all cases by a commitment to, and prioritization of, supporting student-athlete well-being, academic and athletic opportunities, experiences and diverse educational programming,” the release said.

Here's Jedd Fisch talking about the new alliance that has developed with the Pac-12, Big Ten, and ACC. pic.twitter.com/T1bF6TLDh9

Some of the topics and issues that the conferences are committed to collaborate on are student-athlete mental and physical health, safety, wellness and support, diversity, equity and inclusion, social justice, and gender equity.

“Student-athletes have been and will remain the focal point of the Big Ten, ACC and PAC-12 Conferences” said Big Ten Commissioner Kevin Warren. “Today, through this alliance, we furthered our commitment to our student-athletes by prioritizing our academics and athletics value systems. We are creating opportunities for student-athletes to have elite competition and are taking the necessary steps to shape and stabilize the future of college athletics.”