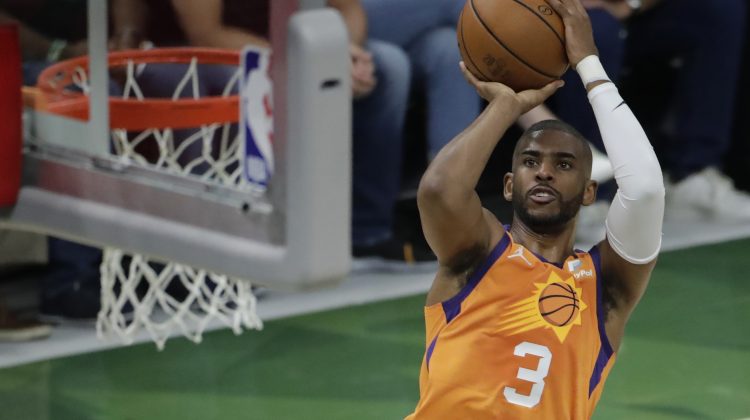 Minutes after it was reported Cameron Payne would return the Suns on a three-year deal, Phoenix has reportedly re-signed 11-time All-Star Chris Paul to his own long-term deal worth $120 million over four years.

Paul opted out of the final year of his deal on Sunday that would have paid him $44.2 million next year. But the feeling around the league was the point guard and Phoenix would be able to come together to keep Paul in The Valley for multiple years.

Shortly into NBA free agency, and Chris Haynes is reporting they were able to do exactly that.

Paul was exactly what the Suns hoped for when they traded for him last offseason. He was a stabilizing factor in the backcourt, a veteran presence for young players like Deandre Ayton and Mikal Bridges and worked seamlessly with second-year head coach Monty Williams.

In his first season with Phoenix, Paul averaged 16.4 points, 8.9 assists and 4.5 rebounds per game on 31.4 minutes per contest.

While Paul was excellent in his debut season with the Suns, the minutes took their toll. The point guard was not at full strength in the opening postseason series against the Lakers after receiving a “stinger” on his shoulder, and his left wrist affected his play for streaks during the NBA Finals.

Prior to the signing, Marc Spears reported Paul had surgery on his left wrist and will be ready for training camp this fall.