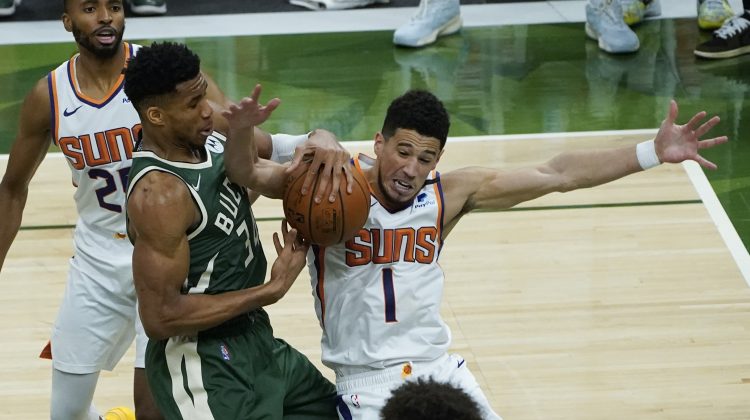 The Milwaukee Bucks put on an incredible performance in a pivotal Game 3 of the NBA Finals. The Phoenix Suns still lead the series 2-1 and look to earn a 3-1 series lead prior to returning home this Saturday night.

Before they head back to the valley of the sun, Game 4 will decide if the Suns could have their first NBA Championship in grasp, or if the Bucks can tie the series back up. Phoenix lived by the three-point-arc in Game 2 but died by the three in Game 3. Oddsmakers have set the table similar to Game 3, but will the game yield similar results?

For the first time in the NBA Finals, the Bucks put on a tremendous performance. The books believe Game 4 may see a similar outcome with only a ten-point jump in the money line and a half-point swing towards the Suns in the spread.

The Bucks were favored by more than 4.0 points in every game of the Eastern Conference Finals besides Game 6, which they would clinch the series with anyway. Even with their demolition of the Suns in Game 3, Milwaukee is still just 33-34-1 against the spread when favored by at least 3.5 points. The Bucks lost Games 1 and 2 by an average of 11.5 points but swung momentum in their favor on Sunday night. Milwaukee is 11-9 in the playoffs against the spread and are 4-1 in their last five games as the favorite.

After an inspiring first quarter in Game 3, the Phoenix offense suddenly faltered and Milwaukee throttled their way to their first victory of the series. The Suns’ 20-point loss makes them 13-6 against the spread in the postseason and they have only covered the spread in four of their last six games. Prior to Game 3, the Suns had only been larger underdogs on two occasions this postseason; as +6.5-point underdogs in Game 3 and Game 4 against the Los Angeles Lakers in the first round. Phoenix did not cover in Game 3 but won Game 4. Phoenix is now 55-35-1 against the spread over the course of the season and is 32-22 when at least a 3.5-point underdog.

In the regular season, this duo combined for 249 points in regulation in their first meeting and 255 in overtime in their second game. It certainly shouldn’t be an expectation for this matchup to meet either of those marks without an overtime finish in these NBA Finals.

National media implores it is imperative for the Bucks to make meaningful adjustments to put a stop to the Suns’ blistering offense. If they can stunt the high-powered Phoenix offense for the second game in a row, they may hit the UNDER once more. But if the Suns can continue their offensive dominance and Antetokounmpo picks up his third straight 40-point game, this could be a manageable OVER.

Game 4 of the NBA Finals is in Milwaukee on Wednesday, July 14. You can tune in on your local ABC channel beginning at 6:00 p.m. Arizona time.

Nice work by Sun Devils Clean Up Penalties in Bounce-Back Win Over Colorado(plus a photo gallery) - https://t.co/TZmZbA3LVE via @sports360az
View on Twitter
2
2