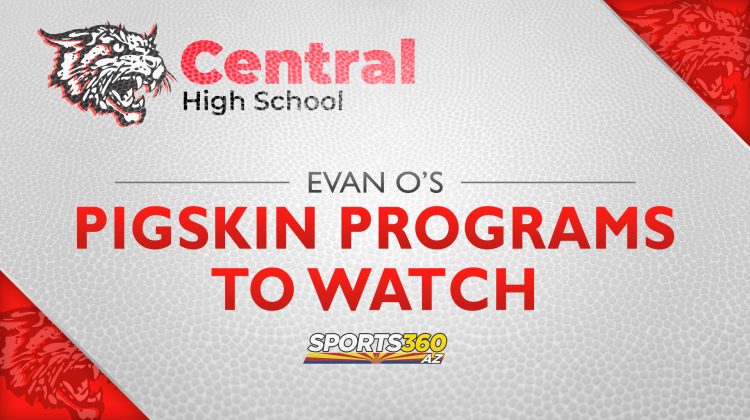 In a perfect world, Central High School would be a football powerhouse.

With an enrollment of over 2,000 students and two state championships in its history, Central has all the traits of a perennially successful program, which makes the Bobcats’ lack of sustained success over the last decade all the more perplexing. The school has managed just two winning campaigns since 2011, and hasn’t appeared in the playoffs since 2009.

Enter Chandler Hovik, the third-year head coach trying to lead Central back into the realm of respectability. The 27 year-old former Cesar Chavez High School quarterback took control of the program midway through the 2018 season, and immediately made an impact, helping the Bobcats rebound from an 0-5 start to finish 2-8. At the time of his hiring, Hovik admitted that revitalizing the program would be an “uphill climb,” and he wasted no time tackling its myriad issues.

To understand the issues facing Central’s program, one needs to understand the dynamic of the Phoenix Union School District as a whole. Many students in the district live in single-parent households and rely on public transportation to get to and from school, which affects participation in sports.

Hovik knew that generating interest in football was the first step towards rebuilding Central’s program. There was talent to be had at the school, and Hovik utilized his experience playing and coaching at Cesar Chavez to come up with recruitment strategies.

“A lot of people from the outside might come in and think it’s going to be like a regular coaching job, but it’s not,” Hovik said. “Knowing the kids at Cesar Chavez, and working with them, and then going over to Central and realizing the needs of our students and what we have to do to meet those needs, I think that’s what’s really prepared myself and the rest of my staff. It’s not just football, football is such a small part of what we do.”

Once it came time to begin attracting new players, Hovik zeroed in on two main sources: members of Central’s existing student body who hadn’t previously played football, and the network of lower-level schools that feed into Central. He and his staff held sign-up sessions during lunch periods to educate students on the benefits of playing the sport, and worked tirelessly to build up the feeder system, making regular visits to local middle schools in hopes of creating a strong recruiting pipeline.

“We knew the only way we could really get this thing going was if we started some type of youth program,” Hovik said. “We got into these middle schools, we got interest, we got kids excited about coming to Central. We let their parents know that this is a program not for right now, not for the next four years but to try to set them up for the rest of their lives. When the parents can buy into that, the players can understand that it’s more than just running and catching a football, that’s when good things can start to happen.”

While Hovik’s rebuilding plan is still in its infancy, Central’s program has already begun to show signs of progress in the short time since he took over. In 2020, the Bobcats only played three games but finished with a positive point differential for the first time since 2016 and won their only sectional matchup, a 66-0 rout of Alhambra. Despite the small sample size, Hovik says that the team’s overall chemistry and commitment to hard work have improved tremendously since he took over, which should translate to wins if things continue to move in the right direction.

“From where we started to where we are now, it’s a complete 180,” Hovik said. “As far as the buy-in, as far as the kids that we have now, we feel like we’re ready to rock and roll. If we do what we’re supposed to do in the classroom, if we do what we’re supposed to do at home and we show up to practice ready, good things are going to happen on Fridays. That’s kind of been the message, ‘let’s not focus on the outcome of the score because that’s going to take care of itself if we do things the right way.'”

The upcoming season is likely to be another rebuilding year for Central, but the Bobcats will be a team to keep an eye on nonetheless. The sense of intrigue that now surrounds the program is one that it has long sought to recapture, and while there won’t be much pressure on the team to make the playoffs, this year will be pivotal in determining how well Central’s rebuild is progressing. Players from the feeder system will begin to make their way into the everyday lineup, and those new additions will be counted on to help the Bobcats build on the glimpses of promise they showed in 2020. For now, Central is still a few steps removed from being a true contender, but thanks to the efforts of Hovik and his associates, they at very least have a solid foundation on which to build a consistently successful program.