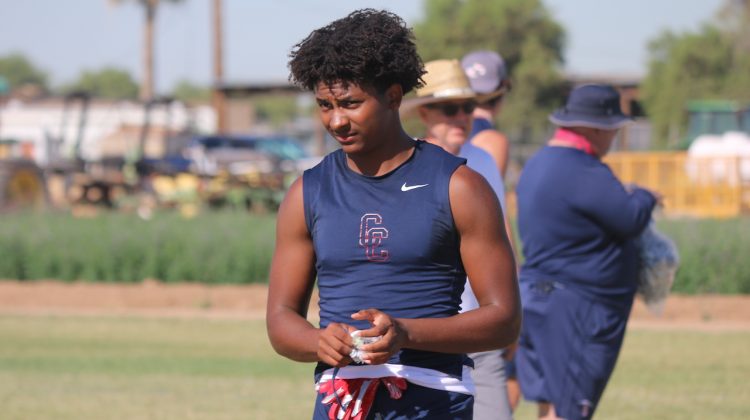 Centennial’s Demari Washington established him as one of the top ball-hawks in Arizona in 2020.

In just seven games, he picked off four passes and came away with 27 tackles as well.

This offseason, he was looking to add bulk to his frame. He currently stands at 5-foot-11 and 172 pounds.

“The whole team, we’ve been in the weight room working hard,” Washington said. “Our numbers are jumping up as a team. Personally, I have jumped seven pounds so far in weight. And then my squat has went up to 405.”

He’s working this offseason to become more comfortable on the field and be set up for each and every play.

“(I’m studying) to know what’s going on before the play,” Washington said. “So I like to read (the play), play smart and just be ahead of everything. And then I’m able to use my lane and just play along and and be able to make plays.”

Colorado was the first to offer the defensive back, and he’s liked what he’s seen so far.

“I’m more interested to learn about what defenses are running good,” Washington said. “We’ve been talking recently and I love all the coaches, their staff, they’re great. They’ve been taking good care of me explaining everything walking me through the process. It’s just been great.”

In addition to Colorado, Oregon, Utah, Arizona, Nevada and Iowa State have expressed interest in Washington.

Now, it’s a matter of following up a strong sophomore campaign to 2021.