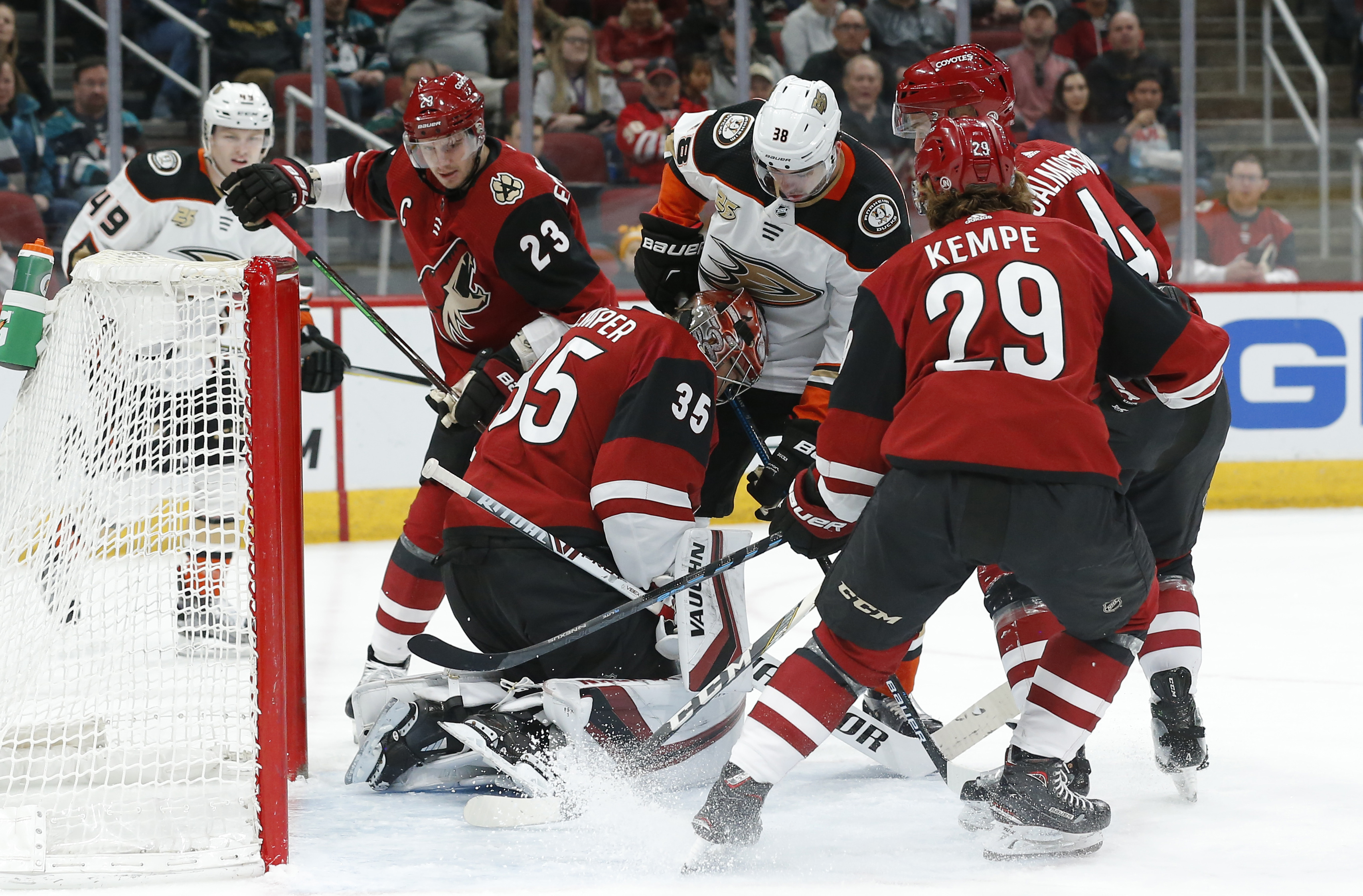 The Coyotes parted ways with another core player Wednesday afternoon, when they traded starting goaltender Darcy Kuemper to the division rival Colorado Avalanche.

Kuemper, the Coyotes’ top netminder since the start of the 2018-19 season, was arguably the team’s most valuable player (when healthy) during his stay in Glendale, leading the franchise to its lone playoff appearance in the last nine years during the 2019-20 campaign.

However, due to his frequent injuries and a contract that expires after the upcoming season, Kuemper had been the subject of numerous trade rumors over the weeks and months leading up to Wednesday, and the Coyotes received a handsome return for him. The Avalanche had lost their franchise goaltender, Philipp Grubauer, to free agency earlier in the day, and were desperate to land a viable replacement.

What a play by Nathan MacKinnon… and what a stop by Darcy Kuemper. #NHLonSN pic.twitter.com/Psfvn6X8qR

Colorado sent its first-round pick in next year’s star-studded draft to Arizona along with young defenseman Conor Timmins, who emerged as a legitimate everyday player last season. Timmins, a second-round pick by the Avalanche in 2017, is still only 22 years old and will help fill the massive void on the right side of the Coyotes’ defense. The Coyotes also picked up a 2024 third-rounder in the trade, and agreed to retain $1 million of Kuemper’s salary for next season.

The 31-year old Kuemper finishes his Coyotes career with a 55-48-15 overall record and ten shutouts. A reclamation project when he was acquired from the Los Angeles Kings at the 2018 trade deadline, Kuemper blossomed into a star in Arizona, finishing fifth in Vezina Trophy voting following his first year as a starter. He was able to consistently steal games for the Coyotes despite receiving minimal goal support on most nights, and he was sorely missed during his many trips to injured reserve.

While Kuemper was the backbone of the Coyotes during the Rick Tocchet/John Chayka years, the organization is currently undergoing a transition phase, and Bill Armstrong saw the goalie’s rising trade value as an opportunity to continue his mission of acquiring as many draft picks as possible for next year. Thanks to Armstrong’s bevy of offseason moves, Arizona now owns seven picks in the first two rounds of the 2022 draft (two in the first round and five in the second round) and is in a position to overload its currently barren pool of prospects.

Darcy Kuemper (@dkuemps35) was nothing short of perfect tonight with a 33-save @pepsi shutout. pic.twitter.com/EBxSmqZWbZ

The Coyotes may have added another first-round selection and a much-needed right-handed defenseman as a result of the Kuemper trade, but they now face an uncertain future in net. Arizona signed veteran Carter Hutton to a one-year contract at the start of free agency and acquired young upstart Josef Korenar from San José in the Adin Hill trade, but neither Hutton nor Korenar is a proven starter, and the lack of remaining free agents leaves many questions to be answered about the team’s goaltending situation moving forward.

Kuemper’s departure, along with the recent exits of Oliver Ekman-Larsson and Conor Garland, signals a clear changing of the guard for the Coyotes organization. While other teams were spending money hand over first during the opening day of free agency, Arizona made inexpensive depth signings, and the team that takes the ice in October could be full of young, unproven players.

Armstrong has stopped short of referring to the Coyotes’ current situation as a “rebuild”, but that is certainly the direction the team appears to be headed in. Though a complete re-working of the roster will be difficult for the franchise’s long-suffering fanbase to stomach, it is long overdue. The John Chayka regime was intent on painting over the obvious cracks in the team’s foundation by trading for big names like Taylor Hall and Phil Kessel, resulting in mediocre records and near playoff misses year after year.

Bill Armstrong and his staff have taken the opposite approach, and while that approach requires the franchise to part with some of its stars, it is the only way for the Coyotes to truly get better.