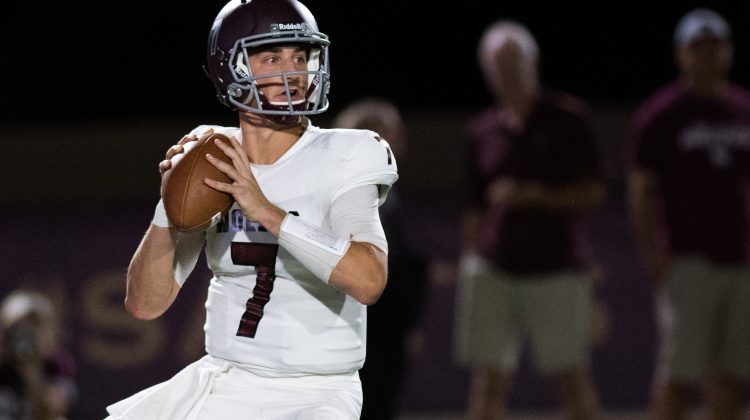 Kedon Slovis went from being an underrated recruit from Desert Mountain High School to becoming a Power 5 superstar as a true freshman in 2019. Taking over JT Daniels as starting quarterback at USC was a tall task for Slovis but he shattered expectations sporting a 71.9% completion rate, 30 touchdowns, and nine interceptions in 12 games.

In his sophomore season, Slovis threw for 1,921 yards, had 17 touchdowns, and had seven interceptions in just six games. Now, heading into his Junior season, the ultra-talented quarterback is a front-runner for the Heisman and projected to be top-pick in the 2022 NFL Draft.

With JT Daniels now playing at Georgia, Kedon Slovis has the continued responsibility of leading his team to success.

“My job is to allow our team to play the best as they can on the field,” Slovis said.

Slovis now has the added job of branding himself and working with sponsors. The USC quarterback recently signed with Klutch Sports Group, the same agency that represents LeBron James.

Slovis said that the choice to sign with Klutch Sports Group was easy because they would let him focus primarily on his job on the field.

“They’re not trying to make me do every deal in the book,” Slovis said. “They’re allowing me to go focus and play football and let them handle the rest.”

While Slovis has two jobs on his hands now, it looks like becoming a movie star isn’t in the books just yet.

Lights✨camera🎥action🍿USC's @Kedonslovis is still waiting on the call from Hollywood to be featured in the movie about his former coach, @kurt13warner. pic.twitter.com/ZO8ZCA6PLY

Desert Mountain former head coach and former NFL quarterback Kurt Warner is having a movie made about him but Slovis joked about not receiving a call from Hollywood producers just yet.

“I’m excited to watch it,” Slovis said. “It’s a great story, I think Kurt said it was made for Hollywood and he’s definitely 100 percent right.”

While reminiscing on his days working with Warner, Slovis revisited his time working with the Desert Mountain sophomore quarterback, Brady McDonough.