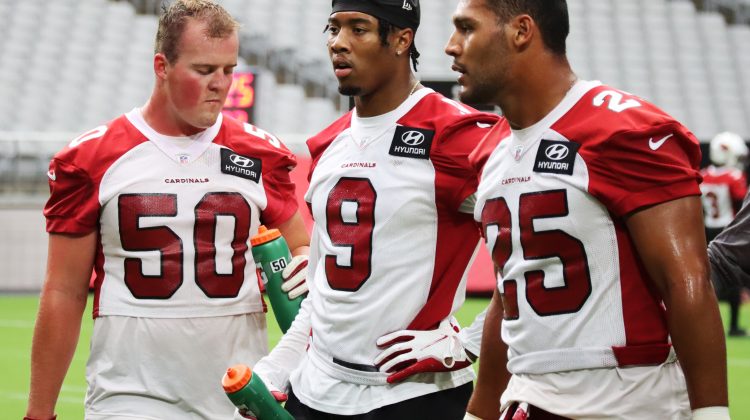 Training Camp is officially under way for the Arizona Cardinals. It couldn’t come soon enough after a disapointing 8-8 finish last season off the heels of a 6-3 start.

The end of last season has been on many of the players’ minds throughout the offseason. Now they’re trying to look ahead.

“Nobody was happy with how that ended,” Kliff Kingsbury said. “It’s just an abrupt end, you don’t expect that to happen and then you kind of go your own way. We’ve definitely addressed it in the team meeting and there’s a lot of new faces who weren’t around for it, but they understand how it happened.”

One of those new faces is JJ Watt. The five-time First Team All-Pro selection expects this team to compete better. While he wasn;t around to experience the collpase down the stretch, he’s seen a thing or two like it and knows what needs to be done.

“Early on when I arrived here, on the plane ride here for the first time with Michael Bidwill we talked about last season,” Watt said. “This is a very talented group, there’s a ton of talent in this locer room. There’s a lot of young guys and I think there’s all the makings of a great team here.”

Watt missed today’s practice out of precaution because his hamstring felt sore after conditioning drills yesterday. He says he’ll miss tomorrow as well, but he’s laser focused on preparing for the season opener on September 12. His confidence isn’t wavering.

The first Training Camp that’s open to fans is this Friday, July 30. The Cardinals’ first preseason game is August 13 against the Dallas Cowboys.