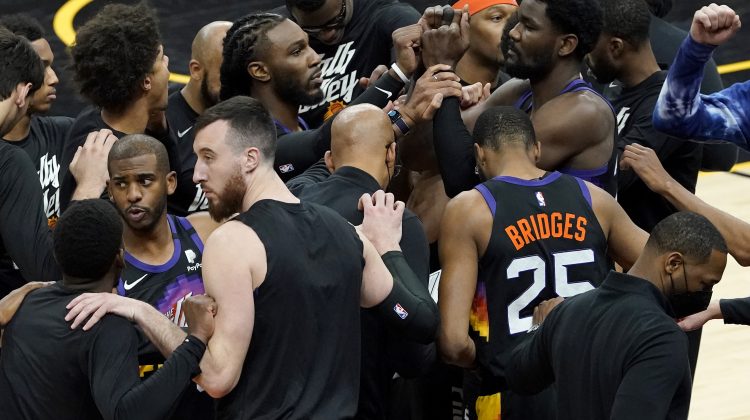 While the No. 2 seed Suns are leading this series, they’re landing in Denver as underdogs, according to BetMGM. So to prepare for Game 3 tonight at 7 p.m. here are some bets you can make.

Yes, Las Vegas likes the Nuggets at home in tight contest. Phoenix may use that as extra fuel to the blazing fire created in the past four games.  The Suns are no strangers to being bet against and they’ve fared well in that position. They’re 37-26-1 against the spread when marked as at least 1.5 point underdogs. Monty Williams’ team is 6-4 against the spread in the last 10 games.

On to opposing side, the Nuggets are 29-27 when at least 1.5 point favorites this season. This game will come down to MVP Nikola Jokic and whether or not he can score 30 or more points. They’re 15-8 when he crosses the 30 point threshold. Also, the matchup between Mikal Bridges and Michael Porter Jr. could swing momentum one way or the other. Advantage Bridges and Suns through two games.

These two offenses rank in the top 10 for scoring this postseason. The Nuggets are scoring 116 PPG (5) and the Suns are scoring 108.6 PPG (10). Both teams have hit the over on this point total in over 50 percent of games this year. If this were the point total in games one and two, the over would be 1-1.

The Suns are using fan capacity at home to energize the offense. That will be missing on Denver, who has a lower capacity of fans at this point. However, both teams are use to playing with less fans for most of the season, so it may not have much of an effect.

So this comes down to who wins the game. The Nuggets are backed into a wall, needing to win this game to stay in the series. The Suns have all the momentum and they’re clicking on all cylinders. Deandre Ayton is the MVP of the team through eight postseason games, as many teammates noted after Game 2. Chris Paul is coming off a 15 assist, zero turnover game. And Phoenix won by 25 with Devin Booker only scoring 18.

The Nuggets need a few things to win this game and cover the money line. The first being something on offense from its backcourt. The starting backcourt is averaging less than 20 points per game this series. The second is defending the 3-point line. Phoenix is hitting over 38 percent of its threes, mostly wide open looks.

To hit on this parlay, both Devin Booker and Nikola Jokic need 40 plus points, assists, and rebounds. The Joker is practically a lock for this mark, leading the league in double-doubles and triple-doubles this season. Booker is known for his ability to score, but he’s capable of facilitating and rebounding. He’s averaging 5 assists and 6.4 rebounds this postseason, so a 30-point performance could be needed to hit the 40 mark.