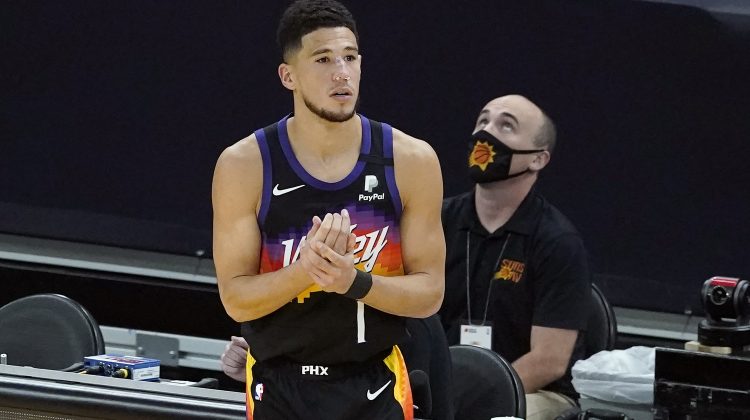 With the Suns in the national spotlight, it was only right to bring in a national voice to speak about the madness that’s been going in the Valley.

ESPN Senior Reporter Ramona Shelburne dropped in on the Brad Cesmat Show on Wednesday to share her thoughts on what’s beeng going on in Phoenix as the Suns have jumped out to a commanding 2-0 lead over the Clippers.

“Monty Williams, amazing coaching job this year. Not just drawing up that out of bounds play. The way that he’s got his team focused and the way he’s gotten them to this state mentally and the way he’s controlling their emotions and the calmness he has, it’s really impressive to watch,” Shelburne said. “This is a young team. They have not been to this place before so to have him in your corner helping you through all of this, it’s really impressive.”

One of the best examples of Williams leadership has been the way he’s been able to navigate the Chris Paul situation. With the Suns having one of their premier scorers and facilitators out of the lineup, the team needed someone to step up.

That man was Cameron Payne, who dropped 29 points in the Suns game two victory. Similar to the demeanor of their head coach, Payne wasn’t scared of the moment and he went out and played like he has been on this Western Conference Finals stage many times before.

For Shelburne, it was no surprise to see that.

“I’m not surprised by anything the Suns are doing now,” Shelburne said. “Cameron Payne…he was really good in that series against the Lakers when Chris Paul had the shoulder injury. You might be a little surprised if you haven’t been following the Suns the whole time, but he’s been showing out when they needed him this year.”

In addition to Payne, one of the stars of the 2021 playoffs has been Devin Booker. After his 40-point showing in game one, other elements of his game were witnessed in game two.

Booker set the game-winning screen on Ivica Zubac that freed up Deandre Ayton for the infamous “Valley Oop” dunk that brought the house down on Tuesday. He made the physical play with a banged up nose after he made contact with Pat Beverley earlier in the game.

It’s been that kind of toughness that has impressed Shelburne the most as the Suns have continued this postseason journey.

“That guy has been an absolute superstar and we all thought of him as a scorer and a great shooter, but he did some dirty work last night…I think he’s a lot tougher, not just physically, but mentally tough than a lot of people realize and than what people were ready to give him credit for,” Shelburne said. “I think that’s really big for the Suns, not just for this year, but as a franchise going forward. This is a guy that you can build your franchise around for a decade.” 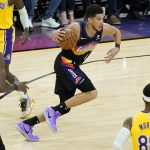 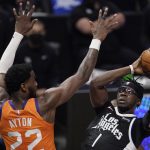