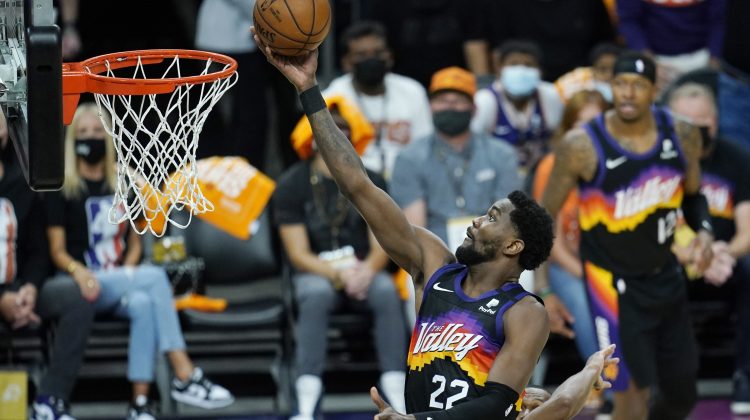 Superstars Chris Paul and Kawhi Leonard didn’t play and yet the action between the Suns and Clippers in Game One of the Western Conference Finals wasn’t lacking.  Devin Booker would score 40 and put together a triple-double in leading the Suns to a 120-114 victory Sunday afternoon in downtown Phoenix. With the victory, the Suns are now 7 postseason wins away from their first NBA title.

Steve Nash was the last Phoenix Suns player to put up a triple-double in a playoff game. Sunday, Booker put his name in the team history books, by shooting, passing, and grabbing rebounds(40 points, 13 rebounds, and 11 assists). Deandre Ayton would add 20 points and 9 rebounds.

Game two will be Tuesday night on the Suns home court.