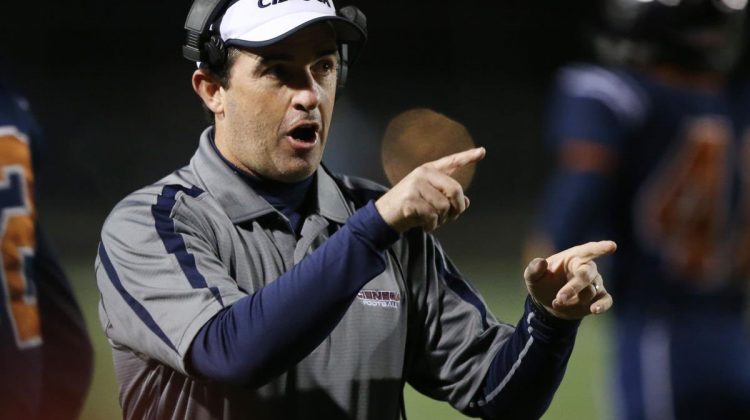 Before the opening of Mica Mountain, the newest high school in the Vail School District, Cienega High School was one of the programs to beat in Southern Arizona. Cienega, known for its successful sports programs, has been dominant for many years since opening in early 2000, thanks in large part to two men: Nemer Hassey and Patrick Nugent.

Hassey, Cienega’s first ever football coach, was named principal in 2014. He subsequently stepped down and turned his coaching duties over to Nugent, who previously served as head coach at Pima Community College.

Once he took over at Cienega, Nugent picked up where Hassey left off, posting a 46-14 record in his time at the school.

“My original plan was, I was going to stop coaching after this group” Nugent said. “I was just going to teach a bit and then one thing led to another.”

After leading the Bobcats to five state playoff appearances in seven seasons, Nugent left Cienega to become the head varsity football coach at Mica Mountain, with Hassey joining him. Things initially seemed to be looking up for the two longtime colleagues, but circumstances nearly prevented their move from happening.

“The original bond for Mica Mountain didn’t pass” Nugent said. “When we left election night it hadn’t passed and we were kind of excited because of the big dreams we had for Cienega.”

Those “big dreams” involved building and expanding onto the already large campus, as well as moving up to 6A. However, the bond to start building Mica Mountain was approved two weeks after election night, allowing Nugent to focus on jump starting the school’s brand-new program.

For Hassey, the road to building a stable school and program from scratch would be a difficult but familiar one, as he was once the coach at Sahuaro High School before making the move to Cienega when it was built.

With Cienega’s principal and head football coach taking the trip over to Mica Mountain, it was expected that a significant number of students would accompany them. Unfortunately for Hassey and Nugent, the school district had other ideas.

As a result of the transfer rules, Mica Mountain missed out on a number of high-caliber players, including Cienega’s 2019-2020 starting quarterback, Ryan Swoger.

“A lot of kids that had originally planned on going over realized that their journey wouldn’t include varsity football so they decided to stay at Cienega” Nugent said. “Cienega’s quarterback was a stud and he wanted to go to Mica but I talked to the parents and told them they would not be playing varsity football. So he and a bunch of kids ended up staying to compete at a varsity level.”

Despite losing out on players like Swoger, Mica Mountain could still field a varsity team for the upcoming season. The school has only 18 juniors, with the remaining student body being underclassmen, but the Thunderbolts expect to have a full varsity schedule for the fall of 2021 and are welcoming all competition in 4A.

“We would like to compete at a high level” Nugent said. “Hassey has got a ‘three plan’ that within those three years, we will be playing in state playoff games.”

With an already historically dominant school on one side of the district, another one is starting from the ground up. Since Mica Mountain will start off in 4A, it is unlikely that they will play Cienega in the near future. However, a phase two of building will start soon, enabling Mica Mountain to allow more students in the front doors and bumping them up to 5A right next to Cienega.