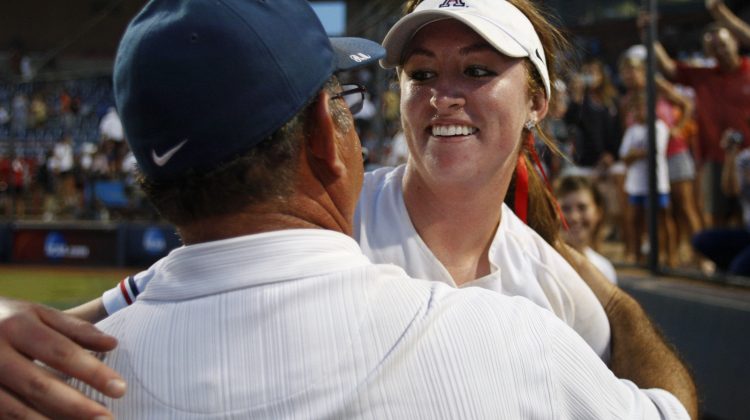 No one single person has had more of an impact on the sport of softball in the modern era than Arizona Wildcats head coach Mike Candrea.

“It has been an honor to represent the University of Arizona for 36 years,” said Candrea. “I am indebted to every player, coach and member of my support staff that has made the Arizona softball experience one that I will cherish forever. When I arrived in 1985, I wanted to build a culture of excellence and compete consistently at the highest levels of Division 1 softball. Most of all, our goal was to prepare our student-athletes for life after softball and build relationships that would last a lifetime.”

“Over his four decades as the head coach of Arizona Softball, Mike Candrea established himself as one of the most iconic coaches, of any sport, in college athletics history,” said Vice President and Director of Athletics Dave Heeke. “While his impact on the game is widely recognized, his legacy is in the lives of the thousands of Wildcats who he coached. Mike’s career embodied true excellence in all facets of leading a softball program — winning on the field, student-athlete success in the classroom and developing them for life after graduation. He established a championship culture within Arizona Athletics that permeates throughout our department, and represented our state with honor and distinction. Mike is the epitome of a Wildcat for Life who coached, mentored and developed countless other Wildcats for Life. On behalf of the entire Wildcat Family, I want to thank Mike for his immeasurable impact on our university. Mike, his wife Tina, and the entire Candrea family have been incredible supporters of Arizona Athletics and the University of Arizona and left an everlasting impact on all our lives. Thank you for defining the Wildcat Way and for what it means to Bear Down. Thank you for everything you did for the game of softball, for college athletics, and for the University of Arizona.”

Here’s a synopsis of what Candrea accomplished.