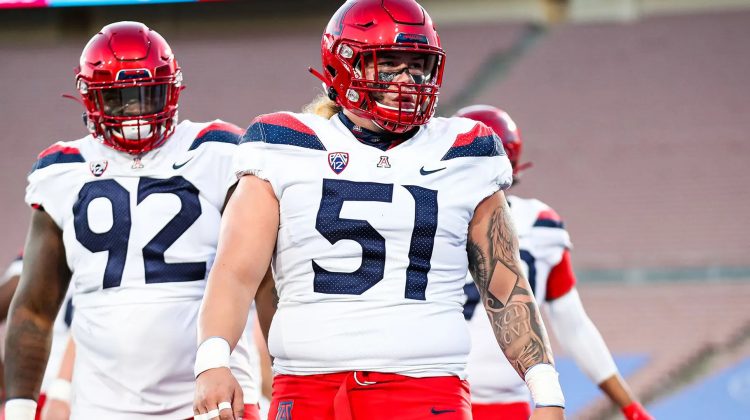 At 195th overall, Arizona Wildcat and former Mesquite High School standout Roy Lopez was drafted by the Houston Texans in the sixth round of Saturday’s NFL Draft.

Just one pick ahead of fellow Wildcat teammate Gary Brightwell, Lopez was the first Arizona player selected off the draft board. An all-around Arizona product, Lopez played his high school ball for his father at Mesquite High School in Gilbert and he is originally from Tempe.

Lopez transferred to the Wildcats as a graduate student after spending his first four years at New Mexico State where he put up 137 tackles and 20 tackles for loss with the Aggies.

In 2020, he recorded 18 tackles and four tackles for loss to help lead Arizona’s defensive front. Standing at 6-foot-2 and 312 pounds, Lopez will have an opportunity to compete for a roster spot in Houston going forward as he begins his pro football career.