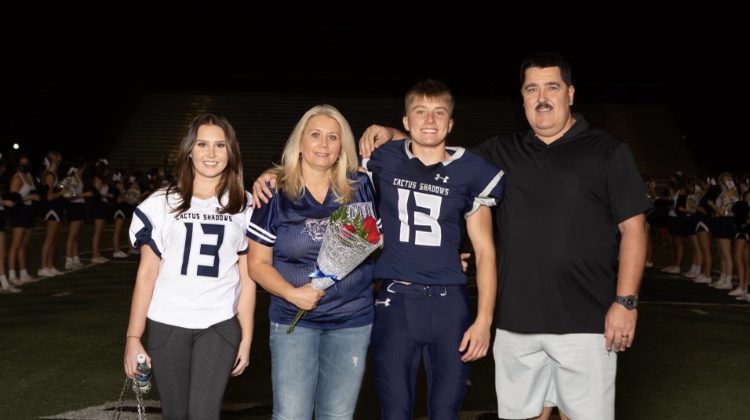 The winner of the 2021 Frances Kush Dedicated student athlete award is Tyler Reynolds.

Reynolds is a senior at Cactus Shadows. During his tenure he played quarterback, wide receiver, and special teams.

“It felt good that all the hard work paid off and that it showed,” Reynolds said.

Reynolds says he’s currently undecided on his college future, but he’s looking to play football at a few different Division III schools. Wherever he decides to go, he plans on studying business and business administration. His dream is to create his own family run business one day.

Reynolds understands that recognizing accomplishments on the field is glorious. However, scholar awards like this one often hold more merit in his eyes,

“As athletes we’re not just good on the field but we’re smart and can do other stuff as well,” Reynolds said.

For all the award winners, check out the full NFF Show. To learn more about the NFF Valley of the Sun Chapter, click here.