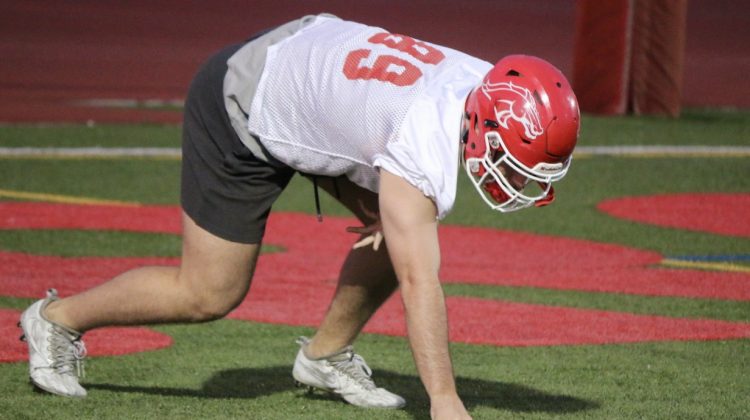 It’s been 14 months since Division I colleges have been able to recruit in-person. That is all set to change on June 1 as the NCAA announced in April a return to the regular recruiting calendar.

This means that colleges will be able to resume their normal recruiting process of seeing student-athletes in-person by offering football camps or campus visits.

It is a change that is welcomed by Brophy football head coach Jason Jewell, who thought the NCAA should have allowed schools to return to in-person recruiting much earlier.

“It’s silly to me that division two’s and division three’s, which are all governed by the NCAA, were allowed to come out and recruit and go to the showcases and things like that during the spring” Jewell said. “Yet, Division I schools were not…the different schools and the NCAA not being able to come out in the spring, I thought it was silly.”

After going so long without in-person visits, it’s going to be a hectic month for every college staff, according to Jewell.

“I feel for those college coaches. Now, it’s going to be a busy, busy June for them, they’re going to have camps and their own mega camps, and seven-on-seven tournaments, and official visits on top of that, because kids couldn’t come officially for the longest time.”

Previously, athletes were only able to talk to colleges virtually and scouts had to rely on film.

This was a disadvantage to players like Brophy quarterback Elijah “E.J.” Warner, who missed nearly all of the 2020 season due to injury. Now, colleges are hoping to see him throw in-person after not being able to see tape from his junior year.

“I think the players like E.J. is probably the one that stands out the most to me where he needs to be seen,” Jewell said. “It’s no different if you’re interviewing somebody for a job, you get that different feeling and seeing them in person in live interaction.”

As Brophy begins summer school, practices and weekend tournaments, adding the recruiting period on top of everything will make it challenging as the team prepares for the upcoming season.

“It’s tough for me because we have practices on the weekend of seven-on-seven tournaments and I want our kids to get recruited, but I also need to win games,” Jewell said. “Some of our kids may miss quite a bit because they’re going on visits or going to camps.”

The Broncos have 46 seniors returning to the team and the program is a target for many Division I schools.

Defensive lineman Zac Swanson recently committed to play at Texas. Warner’s recruitment is starting to pick up as he enters his senior year. He recently picked up an offer from Colorado State earlier this month.

The in-person recruiting period is expected to end on June 27.