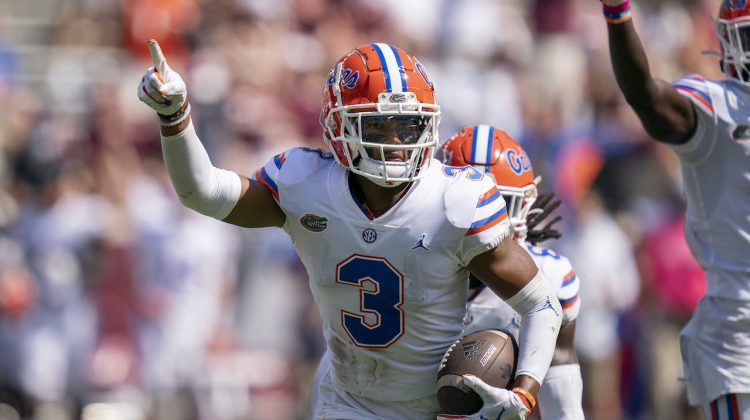 After picking Zaven Collins and Rondale Moore in rounds 1 and 2, the Arizona Cardinals moved up 24 spots to get into round 4. They selected Florida CB Marco Wilson with the 136th pick in the draft.

At his pro day, Marco Wilson out-jumped the Vertec. pic.twitter.com/RJfRb8EqyI

“I feel like I should’ve gone higher, but I’m glad to be here,” Wilson said. “I feel like I can come in and make an impact while also learning from the guys that are already there.”

The Cardinals traded up with the Ravens to land pick No. 136 in exhange for pick 160 and a fourth-rounder next year.

The 5’11, cornerback started as a true freshman for the Gators, so he has plenty of SEC experience to bring to the table. In 2020 he had 29 tackles, four pass deflections, and one fumble recovery. He’s most known for throwing a shoe during a game against LSU last year in a critical moment.

“You got to be in control of your emotions,” Wilson said regarding his shoe throw. “I learned that silly mistakes like that can affect not only you, but a lot of people around you…Got to stay away from doing things like that.”

With the departure of Patrick Peterson and a lack of depth at the cornerback position, Wilson is a notable addition that could see playing time in 2021 on a consistent basis.