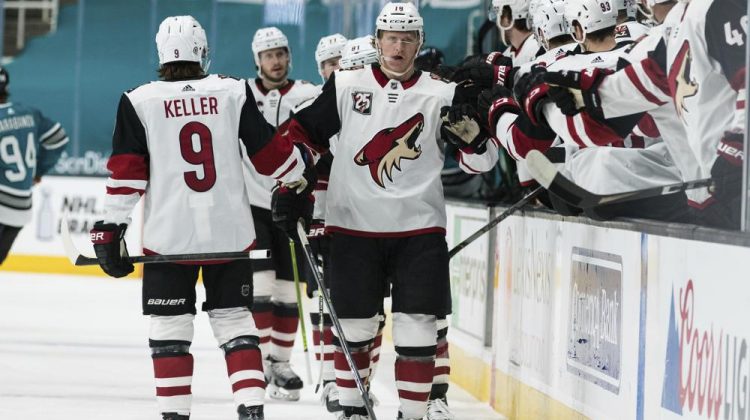 With Tocchet’s record of 125-131-4, first-year GM Bill Armstrong deemed it was time for a change behind the bench. Despite the verdict, it wasn’t an easy decision.  There was progress under Tocchet’s leadership with the Coyotes and the team’s young nucleus of talent made strides, but without a postseason trip, the time was running out.

If not for a global pandemic in 2020, the Coyotes would have missed out on the playoffs for all four years under Tocchet’s watch. Despite development among the young players, the wins and losses spoke louder for a franchise that has been postseason-starved over the last decade.

“That was a tough decision but it’s an evaluation that I’ve done all year,” Armstrong said. “Rick Tocchet’s a good coach and a good man. At this point in time, I guess probably the easiest way to say it is that we were looking for new leadership and a new voice…Hard decision, but it was one that had to be made.”

As for who is next in-line, there are a number of coaches on the market right now. John Tortorella, who previously had multiple playoff appearances with the Blue Jackets, was fired in Columbus after a poor season this year.

Gerard Gallant, who took the Golden Knights on their historic Stanley Cup final run in the team’s first year, is also on the market. Though, he’d seem like a frontrunner for the Seattle job.

Other candidates like former Minnesota Wild head coach Bruce Boudreau and Claude Julien are also available, or Armstrong could try to find his own diamond in the rough. He has plenty of knowledge and relationships over his last couple decades in the league.

Regardless of who is selected, the General Manager is searching for someone who can light a fire under a young team that is looking to go from fringe postseason contenders to playoff regulars.

With young talent like Clayton Keller, Michael Bunting, Christian Dvorak, and a blossoming star in defenseman Jakob Chychrun, there’s plenty of weapons to work with.

Armstrong reflected on past experiences with Ken Hitchcock when he was with the St. Louis Blues to draw from while going through this upcoming hiring process.

“Ken Hitchcock at the time was our guy and really pushed them to get over the hump. They (the players in St. Louis) didn’t always like it at times, but what he brought was that he showed up to the party with a little something,” Armstrong recalled. “…We’re looking for a young coach that’s going to get put us over that hump and that’s got a little bit of push and some accountability with good structure to what he wants the team to play.”

Coming in last summer, Armstrong wasn’t dealt the best set of cards. He arrived in the wake of an ugly break-up between ownership and the last GM, he was without a first, second, or third round draft pick due to a past violation of combine scouting rules that was completely out of his control, and none of the front office or coaching staff consisted of his own guys coming in. He also wasn’t allowed to participate in last year’s draft.

When the NHL trade deadline arrived this spring, he stayed out of the way and let Tocchet and his players make a run at the postseason. It fell short, and Armstrong has acted promptly.

Although there are still hurdles with a lack of draft picks due to recent trades in year’s past, he will now have his chance to make his first big stamp on the Coyotes and try to change the culture of what has been a difficult last few seasons to say the least.

“I felt like coming through the door (last summer), there was a lot going on with the amateur draft and one thing after the next,” Armstrong said. “I think for me, it’s a little bit of time to reflect here and finish out the plan that we started. You can organize your time and go at it instead of being under the gun 24/7.” 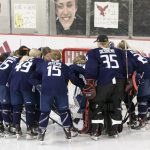